‘No one will replace Steven Gerrard at this club… to do it for him is quite big’: Liverpool captain Jordan Henderson dedicates title win to his predecessor and admits he was ‘devastated’ when they fell short in 2014

By James Ayles For Mailonline

Jordan Henderson insisted that no one would replicate Steven Gerrard’s standing at Liverpool after the 30-year-old led the club to their first league title in 30 years.


The midfielder succeeded Gerrard as captain at Anfield when the club legend left his boyhood club in 2015, and Henderson has gone on to lift the Champions League, Club World Cup and now Premier League as skipper.

In the aftermath of the triumph, Henderson paid tribute to Gerrard and revealed his devastation after Liverpool narrowly missed out on the title in 2014. 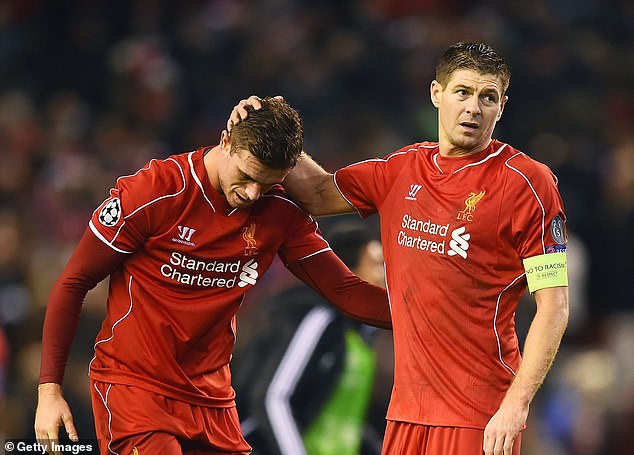 ‘I said this when I first took over the role of the captaincy, when people might have doubted me and criticised me as a person, but I will always say no one will replace Steven Gerrard at this club no matter who the captain is or what the team wins,’ Henderson said.


‘It wasn’t in my mind when I took over the captaincy to replace him; it was just to do the best I could for this club and this team and that is all I ever try to do.’

Henderson, who joined the club under Kenny Dalglish in 2011 and overcame many criticisms and injuries to become a key player for Jurgen Klopp, dedicated the victory to those who came before.

‘This is not only for us as players and for the fans,’ Henderson said. ‘It is also for players like Stevie and Kenny [Dalglish] who mean so much to this club. I know how much it means to Stevie to win the Premier League.

‘I was devastated in 2014 that we couldn’t get over the line for him but I know he is so happy and so proud of this team to be able to bring the Premier League trophy to Liverpool. This one is quite personal for me and to do it for him is quite big.’ 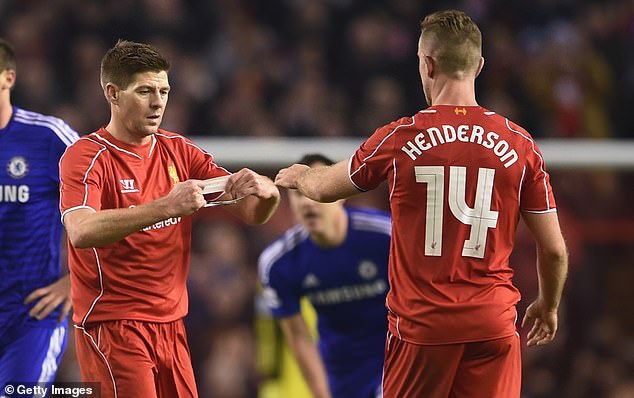 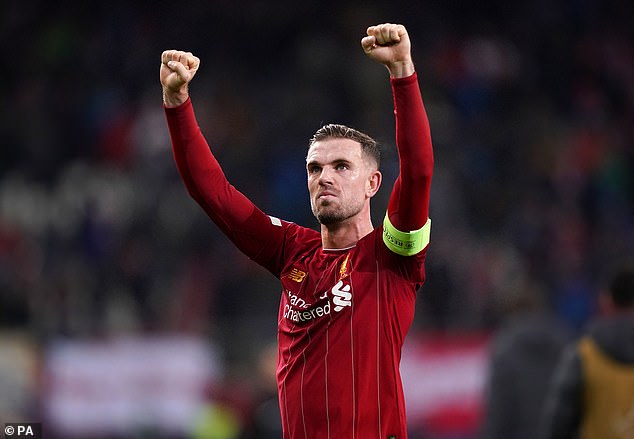 Having won the title, Henderson warned that Liverpool must keep improving their game

Having won their first Premier League crown, Henderson urged his team-mates to keep on raising their game to stay ahead of the chasing teams.

‘United look strong, Chelsea have signed a few players recently and I am sure they will come again,’ he said. ‘They have young players coming through and Frank Lampard has done a really good job. City are an unbelievable team and you will have other teams knocking on the door and improving all the time.

He added: ‘That is why you have to keep wanting more and keep going. So far we have done that really well after last year and winning the Champions League. It shouldn’t be any different next season.’