The Italian was optimistic that even the financial restraints of the Covid-19 pandemic wouldn’t preclude the first stages of what promises to be an extensive and expensive rebuild.

No doubt that will come as a relief to Everton supporters even if the rhetoric from their manager provoked a distinct feeling of deja-vu.

Everton spent £184million on new players during the 2017-18 season, £89m during 2018-19 and £108m last summer, plus loan fees. That’s £380m in three years. They have finished eighth and eighth in the past two seasons with a similar position likely this time around. Not a good return on investment. 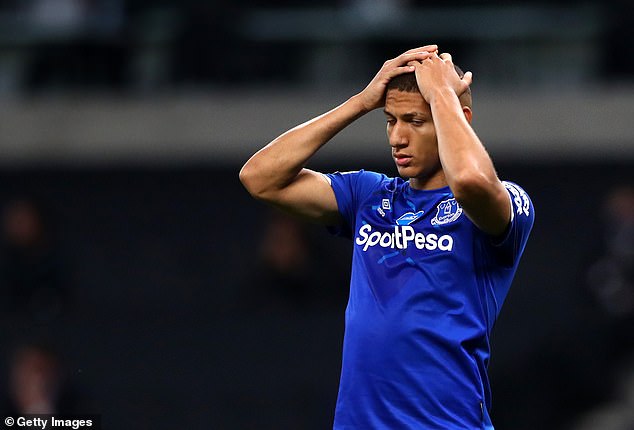 The hope has to be that when such generous financial resources are pushed Ancelotti’s way this summer, they are spent more shrewdly to prevent the gap between Everton and the top six widening further.


Ancelotti has a glorious CV and speaks about restoring Everton to a trophy-winning force – it’s been 25 years since their last one – but nobody at Goodison Park is kidding themselves. A serious overhaul will be necessary and this summer is just the start.

While it’s true that Ancelotti has lifted Everton’s results since he arrived just before Christmas – winning seven and drawing four of 16 matches in charge – problem areas remain. 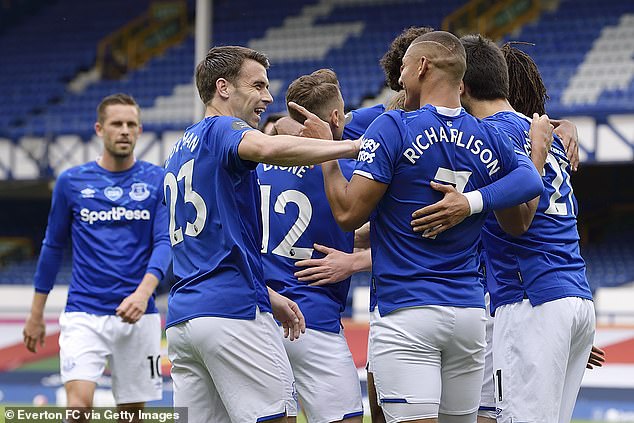 Everton’s result shave been largely positive since the restart, including a win over Leicester 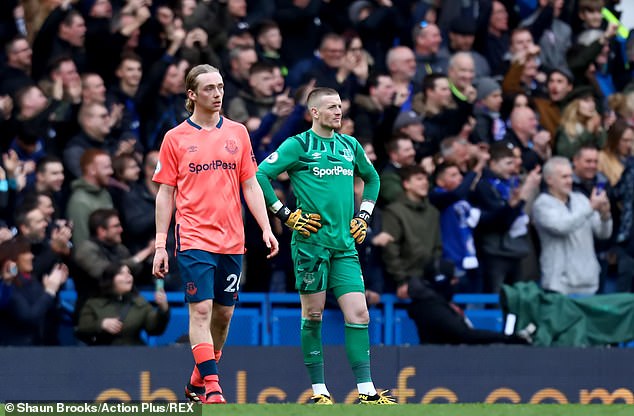 The fact Ancelotti has continually chopped and changed his midfield since his arrival confirms this is the area that needs urgent attention. Back in March, the Italian was speaking of needing to inject more ‘energy’ into the midfield.

Gylfi Sigurdsson has played regularly but flitted between central midfield and the left of Ancelotti’s midfield four.

Singled out by Gary Neville for criticism after shying away from a tackle during the 1-0 loss at Tottenham on Monday, Sigurdsson isn’t going to offer the ‘energy’ wanted.

Tom Davies comes closest to being a regular midfield starter and Andre Gomes has started most games since his return from injury, but Morgan Schneiderlin (now at Nice), Fabian Delph, Alex Iwobi and Theo Walcott have all flitted in and out. 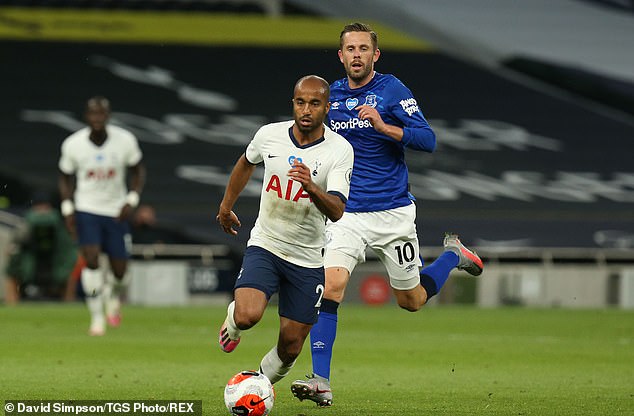 It doesn’t exactly allow for a settled midfield and Ancelotti must make his mark on this area to progress.

Inevitably, Ancelotti is being linked with faces from the giant clubs of his past. Adrien Rabiot and James Rodriguez have been mooted as midfield options but Ancelotti played this down this week, saying: ‘We are looking for players that I don’t know.’

But both Rabiot and Rodriguez would undoubtedly offer Everton an upgrade. They’re the kind of highly-regarded names the club hoped that Ancelotti could attract so it would be unwise to rule them out.

To make space for any midfield arrivals, at least two more need to follow Schneiderlin out the door but Ancelotti will be ruthless if it’s in the interests of moving forward.

However, Evertonians will hope any new arrival doesn’t hinder the strides made by 19-year-old attacking midfielder Anthony Gordon after the academy graduate featured in six Premier League games under Ancelotti. 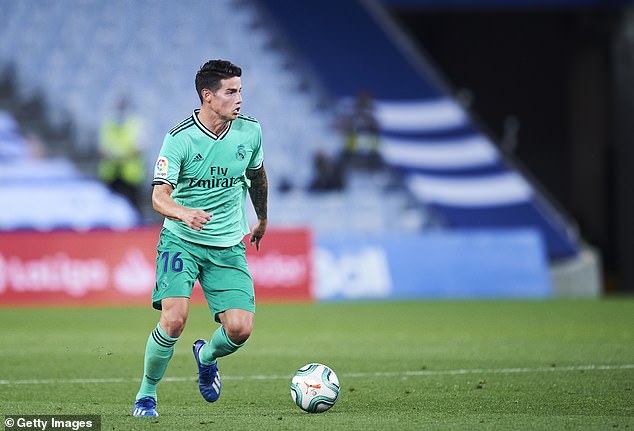 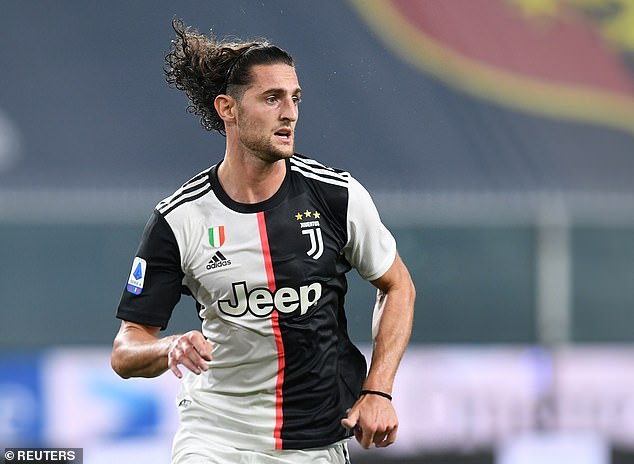 Everton have been linked with a move for Adrien Rabiot, who played under Ancelotti at PSG

Gordon started in Everton’s first game post-restart, the goalless derby draw with Liverpool, as one of five outfield players aged 23 or under and Ancelotti will want to drive down the average age of his team.

Another midfield target is Southampton’s Pierre-Emile Hojbjerg though the Dane has expressed a desire to play Champions League football and Everton have been a good 15-20 points off being in that mix all season.

Other areas that need attention are at centre-back and right-back. In the second of those positions, Seamus Coleman, 31, offers experience.

Overall Ancelotti has more regularly started the on-loan Djibril Sidibe in that role but with interest from Paris Saint-Germain surfacing a permanent transfer is unlikely.

Happily, Jonjoe Kenny will return from a largely positive season on loan with Schalke in the Bundesliga and surely push for a first team place at Everton. 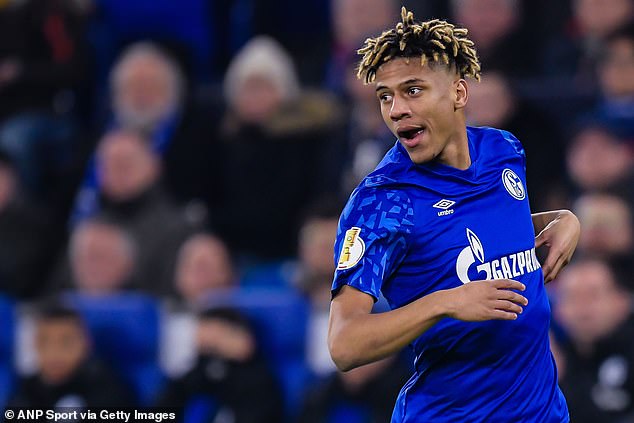 Jean-Clair Todibo, who spent the season on loan at Schalke from Barcelona, has been linked

Mason Holgate has nailed down a place at centre-back this season and Ancelotti will look to build around him with the signing of another player in that position.

Everton have been linked with Barcelona’s 20-year-old Jean-Clair Todibo, valued at £22m, and he too has spent the season gaining experience at Schalke.

Holgate, plus the flourishing forward partnership of Richarlison and Dominic Calvert-Lewin, give Ancelotti a young core to build around. 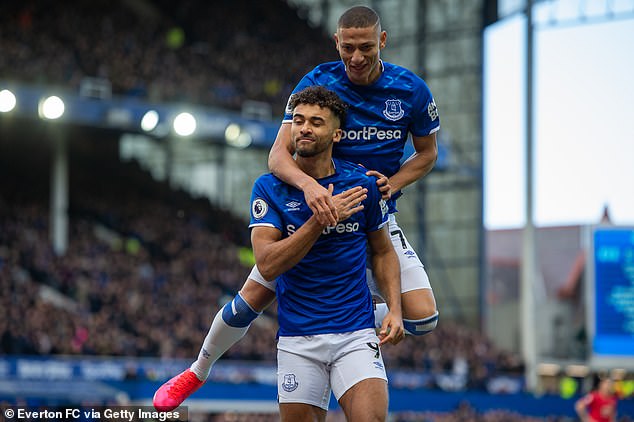 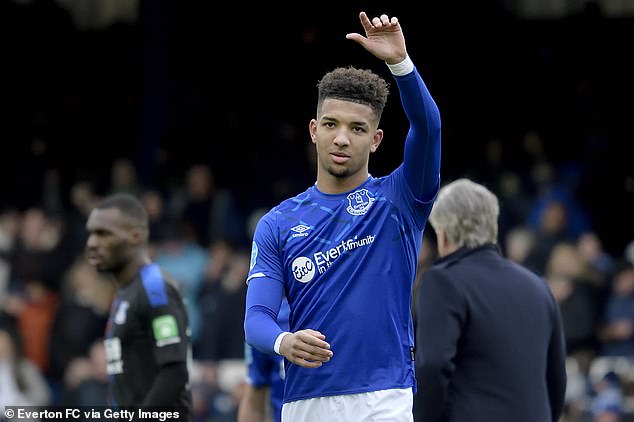 WHAT A WASTE OF MONEY? EVERTON’S £380M WORTH OF BUYS OVER THE LAST THREE SEASONS

But given the current financial climate, Everton need to have a strategy. They won’t be able to put all the pieces of the jigsaw in place this summer – Ancelotti will be building for two or three years before they might be able to challenge the top six or for a cup competition.

What Ancelotti and director of football Marcel Brands must guard against is the terribly expensive waste of those big-spending summers.

Schneiderlin cost Everton £24m and proved a failure. The Spanish forward Sandro Ramirez, signed from Malaga in 2017, has played just 16 games and is largely forgotten, out on loan at Valladolid.

They made a big loss on Davy Klaassen, signing the Ajax captain for £25m then selling him after just one season for only £12m.

Cenk Tosun, a £27m buy from Besiktas, mustered only 10 goals in 51 appearances before being shipped out on loan to Crystal Palace in January. That was then cut short by injury.

The winger Yannick Bolasie cost a similar amount of money, struggled and has since been out on loan to Aston Villa, Anderlecht and Sporting Lisbon.

Everton have just got shot of Oumar Niasse, who enjoyed one good season but was also loaned out to Hull and Cardiff. The list goes on, and the likes of Iwobi (£27m), Moise Kean (£25m), Sigurdsson (£45m) and Theo Walcott (£20m) have plenty to do to ensure they don’t end up on it.

Tonight’s opponents, Aston Villa, also offer a cautionary tale that money really isn’t the answer to all your problems.

Villa spent more than any other club bar Manchester United last summer – nearly £150m – after winning promotion to the Premier League. Lose at Goodison Park tonight, and Villa will almost certainly be heading straight back down.

Some more deadwood will have to be chopped by Everton once the window opens and though they will be sold at considerable loss, at least some squad space and transfer money will be freed up for Ancelotti.

So it’s another manager, another costly rebuild for Everton. To his credit, Ancelotti has successfully managed to improve what he already had. But to honour his pledge to take Everton to the next level, this summer’s market moves need to be flawless. 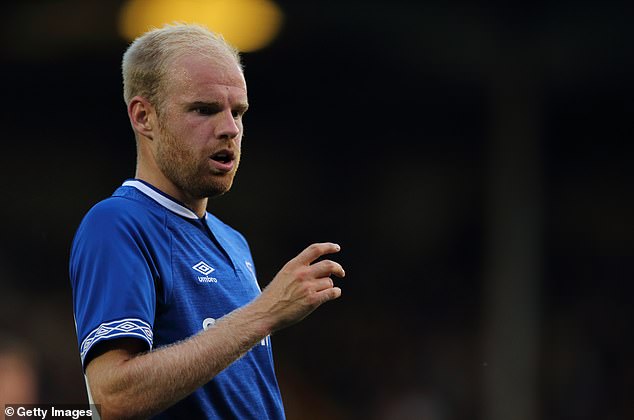 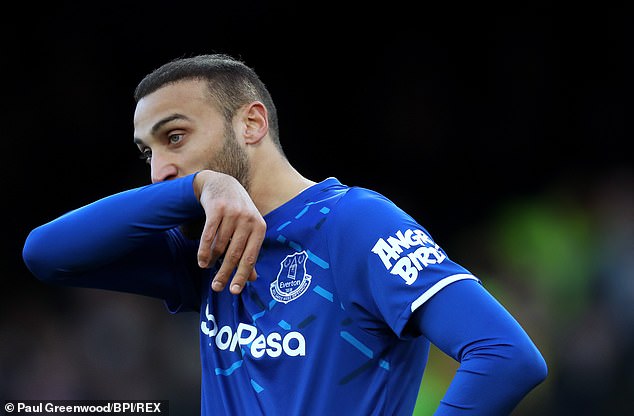