By Will Kelleher For Mailonline

Saracens revved their engine for their European quarter-final with a six-try win over London Irish completed in second-gear.

Another Premiership match bereft of meaning or drama limped by unremarkably – but for Sarries it was a useful tune-up before Leinster on September 19.

Relegated Saracens might be now one point behind Leicester if their original 35-point deduction for salary cap breaches had stood, but as it is they move to the minus 40s having beaten up a rotated Irish. 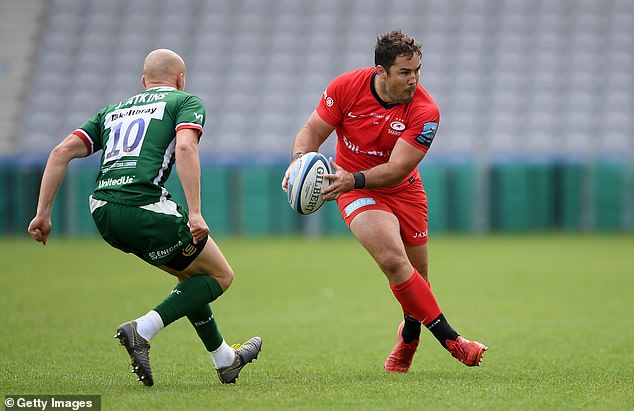 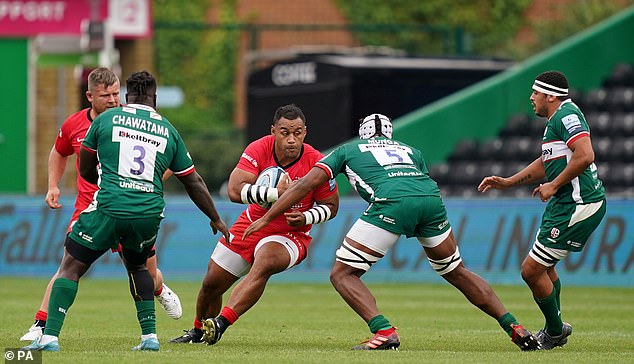 They scored most of their tries from close range with Jamie George and Richard Barrington taking two each, Brad Barritt and Billy Vunipola the others.

But it is all about Leinster preparations for Saracens.

‘We’re not quite where we need to be but individuals are playing well,’ said director of rugby Mark McCall.

‘We’re building towards that of course and playing a game like today that has less meaning it’s always going to feel different.

‘Leinster have won every match they’ve played since they lost the European final last May to us – I saw them against Munster and they were excellent.

‘They were phenomenal again against a stacked Ulster team too. They’ve got huge momentum and have a semi and a final before us, presuming they win the semi, but if we get our best team on the park we’ll give them a run for their money. 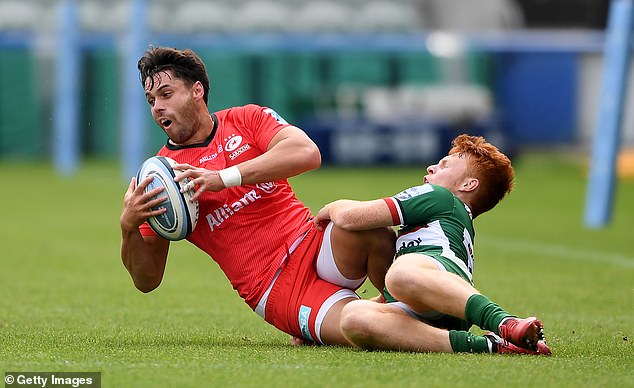 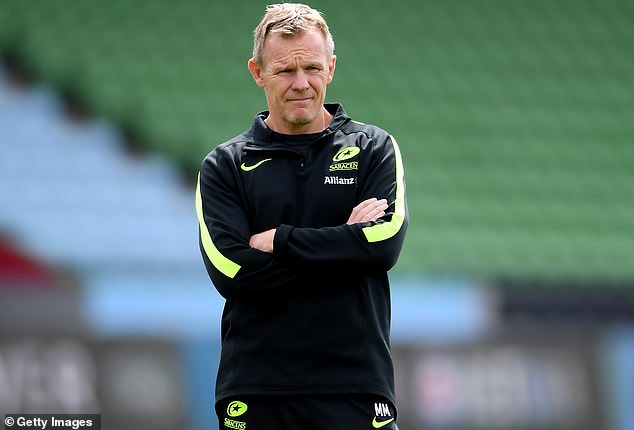 ‘We don’t quite have the depth we had in the past but fingers crossed we get there healthy, then we stand a chance.’ In honing for Leinster it seemed the rolling maul was the skill Saracens fancied practicing this time, and four of their six tries came from that set-piece.

George had two, Barritt nicked one off him and Barrington took another in the second half.

The other scores were from close range too – Billy Vunipola tapping and going from a penalty and Barrington scoring again after strong forward-play. Manu Vunipola kicked five conversions.

Irish scored twice – once from Agustin Creevy on debut and the other when Matt Williams benefited from Maro Itoje throwing a pass to the floor.

Owen Farrell and Mako Vunipola should be fit for Wasps on Saturday after quad and back knocks as Saracens drive towards Dublin at pace. 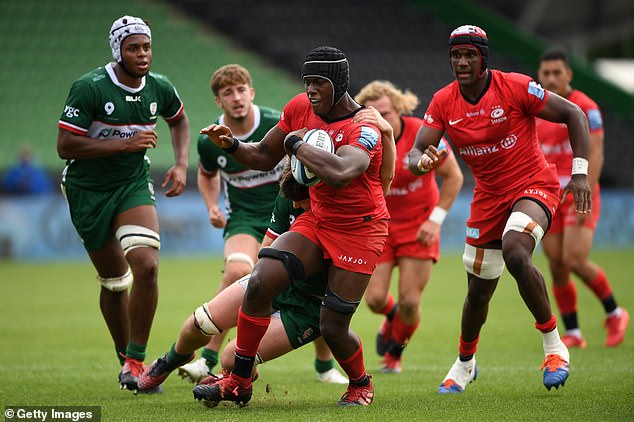