By Rob Draper for The Mail on Sunday

Premier League executives are expected to hold talks with club captains and the Black Participants Advisory Group this week to discuss whether to keep the Black Lives Matter slogan on players’ shirts.

The slogan has attracted controversy because the UK branch of the Black Lives Matter movement, unconnected to the Premier League campaign, has been accused of tweeting anti-semitic tropes and says that it exists to ‘dismantle capitalism’, an aim that is clearly at odds with Premier League owners and many players.

It appears that the campaign, which saw players kneel down before games — a gesture popularised by NFL star Colin Kaepernick and known as taking the knee — will continue in some form, but the debate will be about whether to continue to use the same slogan.

Doncaster manager Darren Moore, the chair of the Black Participants Advisory Group, which includes Leicester captain Wes Morgan and former Arsenal star Ian Wright, initially said that he hoped the use of the slogan would continue on shirts this season as the players looked for ways to carry on marking their support for racial equality and justice.

But the Premier League has since had to issue a statement distinguishing the message on players’ shirts from the UK branch of the movement with the same name after increased scrutiny of the group.

The Premier League said: ‘We do not endorse any political organisation or movement, nor support any group that calls for violence or condones illegal activity. 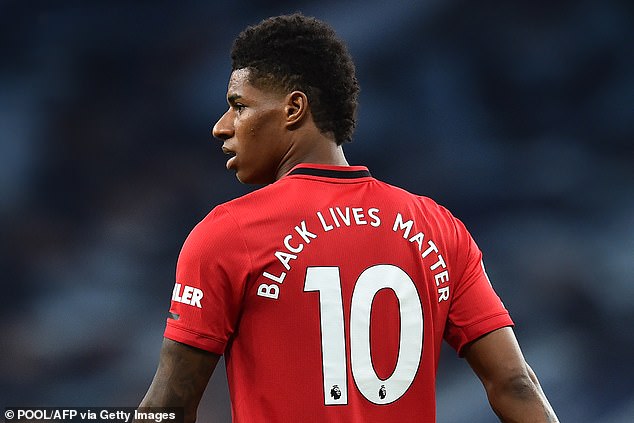 ‘We are aware of the risk posed by groups that seek to hijack popular causes and campaigns to promote their own political views. These actions are entirely unwelcome and are rejected by the Premier League.’

Sky TV pundits such as Gary Neville, Patrice Evra, Jamie Redknapp and presenter Kelly Cates did not wear the Black Lives Matter badge, which was standard issue for pundits on the TV channel.

England rugby player Billy Vunipola, along with several other players, has declined to take the knee before games, explaining that he believed that it would indicate he supported the specific political movement rather than the general sentiment.

The Black Lives Matter movement was founded in the United States in 2013, long before the Premier League adopted the slogan, and describes itself as ‘a global organization in the US, UK, and Canada whose mission is to eradicate white supremacy’ and it has led calls in the USA to defund the police. 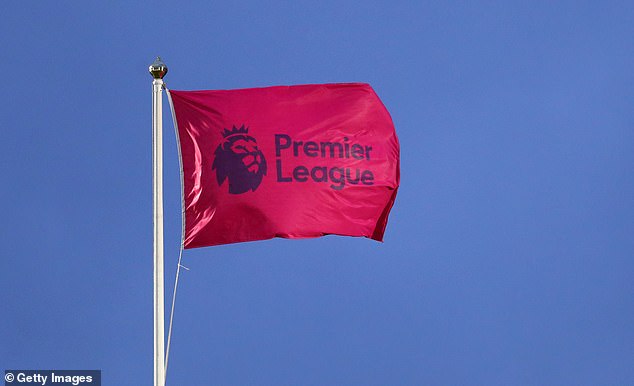 The UK chapter was accused of amplifying an anti-semitic trope when its Twitter account claimed ‘mainstream British politics is gagged of the right to critique Zionism’.

Karl Henry, who played in the Premier League with Wolves and QPR, has said that the clubs need to adopt a new slogan because of the link to the UK movement.

Last month Henry tweeted: ‘Many BLM supporters have gone too far! For some it was never about tackling racism. For the majority it was and still is.

Asked about the logos players wore supporting the NHS and Black Lives Matter, Premier League chief executive Richard Masters told a House of Commons Select Committee: ‘[Players] wanted to make those two statements and we listened and are happy to support them during this particular period.

‘I don’t think it sets any precedent. It’s perfectly possible to support Black Lives Matter without being seen to be supporting any political organisation.’