By Kieran Jackson For Mailonline and Reuters


There are now worries surrounding French prime minister Jean Castex, who sat in a car alongside Prudhomme, 59, for a whole day during stage eight on Saturday as they cheered on riders in the Pyrenees mountains.

However, concerns that the famous race would be impacted have been squashed, with all 166 remaining Tour de France riders cleared to continue racing after COVID-19 tests. 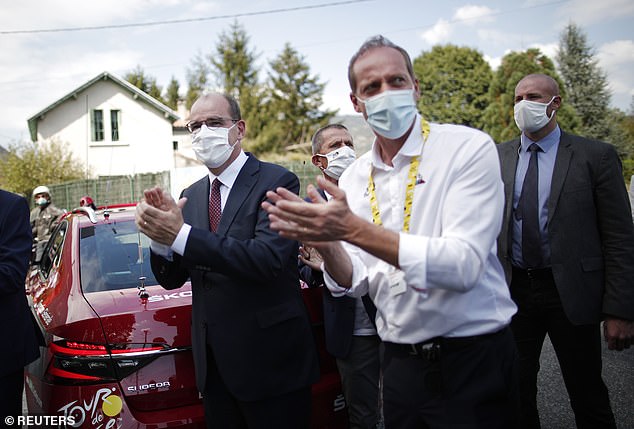 All 22 teams will start the 10th stage of the Tour de France after their riders tested negative for COVID-19, organisers told press agency Reuters on Tuesday, adding that four members of staff had returned positive tests.


French health authorities and organisers Amaury Sport Organisation (ASO) had said that should two members of a team, riders or staff, test positive for the novel coronavirus, the whole outfit would be excluded from the race.

But the organisers said that those testing positive were from different teams, meaning all could line up for the stage’s 11:30am (GMT) start.

Riders of the Tour de France did at the weekend plead with fans lining the climbs to keep their masks on amid fears that their irresponsible behaviour could lead to riders contracting the virus. 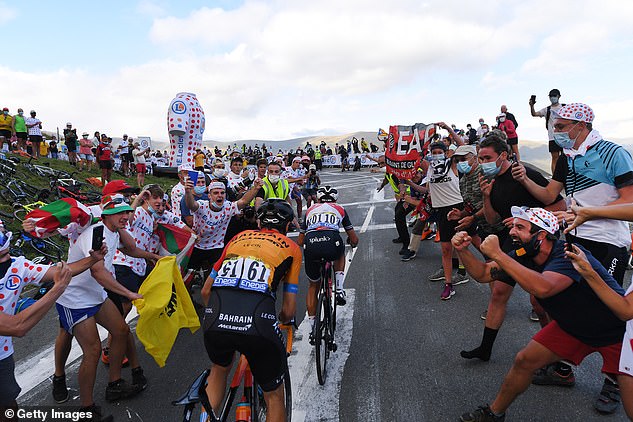 During Saturday’s first stage in the Pyrenees mountains, many spectators did not respect the two-metre distance required by organisers as they cheered their favourite riders.

Others were pictured with their masks below their noses and chins as the peloton made its way up the mountain as social distancing proved difficult to be enforced along parts of the 87-mile stretch of road.

‘It’s definitely an issue,’ said Sunweb’s Nicholas Roche. ‘I think the photographs say it all. I had mixed feelings when I saw the fans on the Peyresourde and started getting goosebumps with the adrenaline again. I was like, “ah this is the Tour”, and next thing straight away I was like, “no, this cannot be right.”‘ 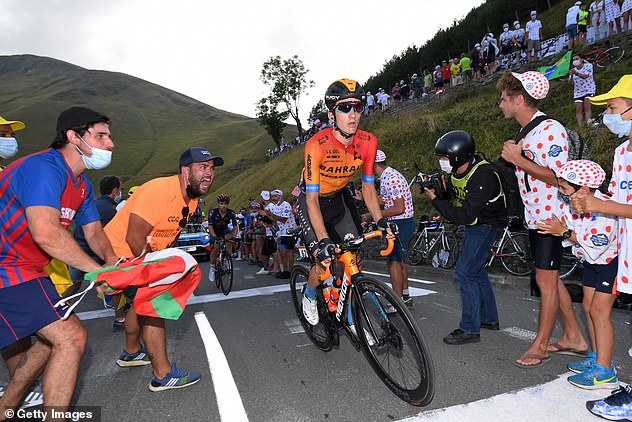 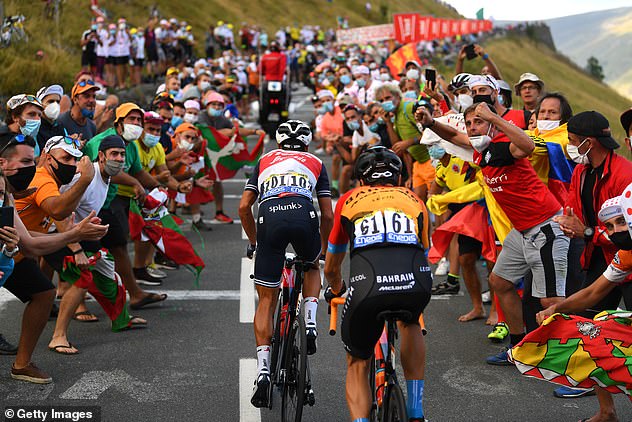 To access the climbs, race-going fans would need a bike and a mask, making the pictures of those wearing a facemask under their chins even more staggering.

‘They had it underneath their chin so they could shout but you can also shout with your mask on,’ Roche continued.  ‘Unfortunately, it’s quite difficult to control…hopefully there will be more controls but I also feel sorry for the policemen who are fighting up there against all of that.’

Slovenian Primoz Roglic is the overall leader of the race ahead of defending champion Egan Bernal of Colombia heading into the 10th stage.