‘Covid had the courage to challenge me. Bad idea’: Zlatan Ibrahimovic tests positive for coronavirus and will miss AC Milan’s Europa League game with Bodo/Glimt

By Adam Shergold for MailOnline

The Swedish striker, 38, will now miss the fixture at the San Siro on Thursday night.

A club statement confirmed Ibrahimovic has been placed in quarantine at home away from his team-mates and club staff. 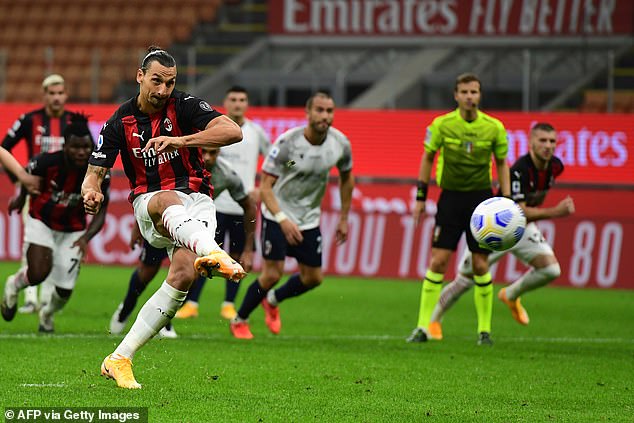 The Swedish striker scored twice, including a penalty, in Milan’s Serie A opener with Bologna

It read: ‘Zlatan Ibrahimovic has tested positive for Covid-19 following a second round of swab tests ahead of tonight’s game against Bodo/Glimt.

‘The Club has informed the relevant authorities and the player has been promptly placed in quarantine at home. All other team members and staff have tested negative.’

He is the second Milan player to test positive for Covid-19 after Brazilian defender Leo Duarte did so in the first round of swabs on Tuesday.

Ibrahimovic later posted: ‘I tested negative to Covid yesterday and positive today. No symptoms what so ever. Covid had the courage to challenge me. Bad idea’.

Match of the Day presenter Gary Lineker wrote on Twitter: ‘New that @Ibra_Official has tested positive with Coronavirus. Thoughts are with the virus at this difficult time.’ 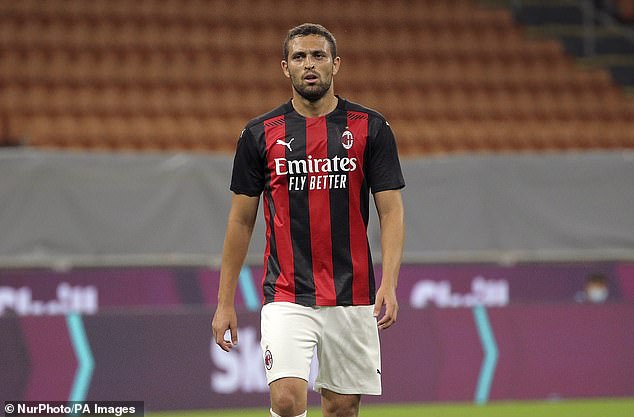 Ibrahimovic has been in fine form for Milan at the start of the season, scoring against Irish side Shamrock Rovers in another Europa League qualifier last Thursday and then twice in the Serie A opener with Bologna at the weekend.

As well as Thursday night’s match with Bodo/Glimt, Ibrahimovic will almost certainly miss this weekend’s league trip to Crotone.

He may also miss out on next week’s Europa League play-off round fixture against either Besiktas or Rio Ave should Milan progress.