By Robert Treasure For The Daily Mail

Since 2019, the Chelsea defender has been working with the Felix Project — a charity that takes surplus food and delivers it to people who are going hungry in the capital.

James is following in the footsteps of fellow England international Marcus Rashford, who has vociferously campaigned to end child food poverty.

Reece James has donated £10,000 to a London food charity in a bid to tackle food poverty

James is launching a fundraising page today to help the charity with its mission to deliver at least 19 million meals by the end of 2020, with every £10 donated delivers enough food for 61 meals.

Rashford’s campaigning has garnered swathes of support from the British public, and on Wednesday an incredible one million people had signed his petition to end food poverty.

The online petition, titled ‘End child food poverty – no child should be going hungry’, reached the milestone and continues to rise constantly as more members of the public support the footballer’s campaign. 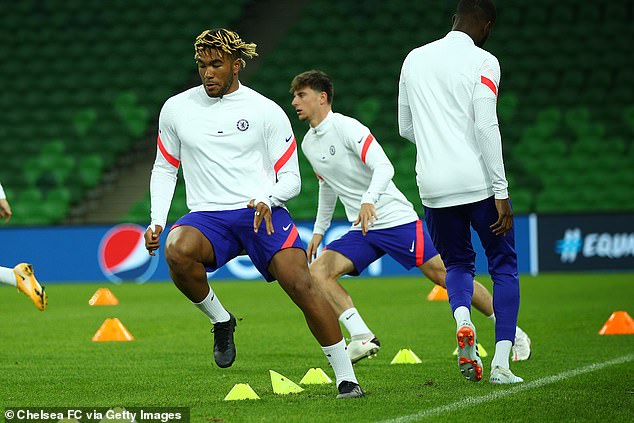 The Chelsea star is aiming to raise a further £100,000 before his 21st birthday in December

The news comes after the United star, 22, hailed ‘superstars’ across Britain on Tuesday night for supporting his campaign for free school meals.

It comes after he appeared to force Boris Johnson at another climbdown on free school meals during holidays as furious Tories accused the PM of ‘shooting himself in both feet’ by bungling the policy.

To help support Reece James in raising £100,000 for The Felix Project for his 21st birthday, visit his fundraising page