CHRIS SUTTON: Medical teams could decide who wins the Premier League this season as muscular injuries continue amid fixture pile-up

By Chris Sutton for the Daily Mail

This season’s Premier League title will not only be won by players doing their jobs on the pitch. It will come down to which club’s medical department does theirs the best, too. That is where the real race is being run right now.

Trent Alexander-Arnold became the latest player to pick up a muscular problem. How long he is sidelined for, scans will confirm over the coming days.

But every single title contender, from Liverpool to Manchester City to Chelsea and whoever else fancies their chances, needs their medical teams to protect their players.

Without wishing to come across as a dinosaur, I think back to the older generations who put in greater shifts and hardly ever complained.

Modern-day clubs have larger squads nowadays and their armies of staff also have all of the latest trackers. A player cannot scratch his backside without the medical team knowing about it! They monitor fatigue to the extreme degree.

But there remain extraordinarily high rates of muscular injuries, which has become an unfortunate theme of this season. I expect it will be the clubs whose departments can limit the damage the most that go the furthest. 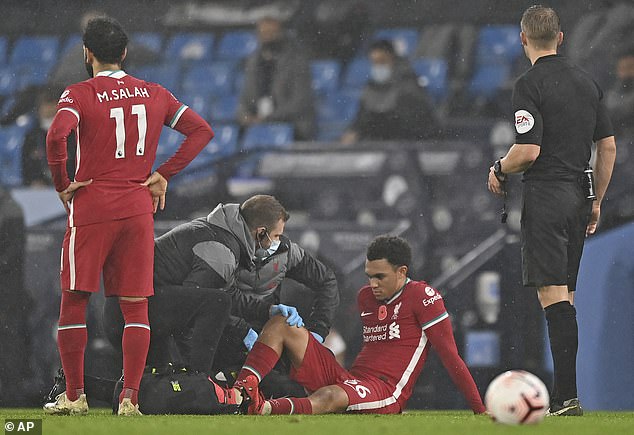 Yesterday’s game between City and Liverpool saw a breathless first half and a slow second. Liverpool turned up with so much intent, working in a 4-2-4 formation when they had the ball.

They came flying out of the traps, but both teams turned cautious towards the end and as good as agreed to settle on a draw. There is a long way to go in this season, and neither wanted to go gung-ho, through fear of losing.

My colleague Mark Clattenburg has said the penalties were correct, but these spot-kicks for handballs are getting out of hand. What is a player expected to do?

A defender cannot sprint with arms by his side, because then he risks losing his balance and landing flat on his face. This is changing the game for the worse. 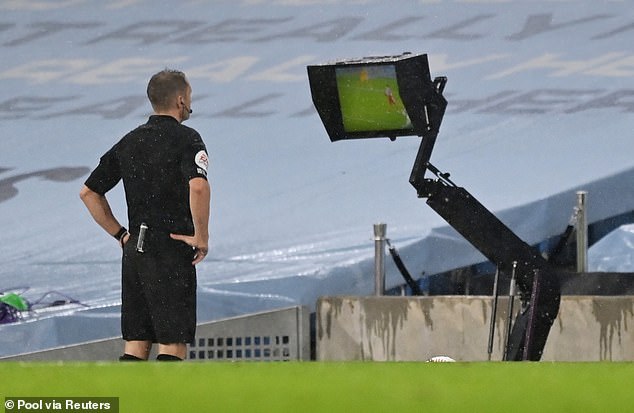 The penalties given this season are getting out of hand. What are defenders supposed to do?