By David Kent for MailOnline

Sir Geoff Hurst wants to see new heading restrictions in the professional game and has called for a complete heading ban for young children.

England’s 1966 hat-trick hero also said the risk to his own health ‘crosses my mind’ after research proved a link between football and dementia.

‘More and more people are talking about it, and more pressure is going to be put on governing bodies to do whatever they can,’ Hurst, 78, told The Daily Telegraph. ‘The danger for me is the amount of times you head the ball in practice and not in a game. Going back, I wouldn’t do the practice. I would cut that out tomorrow.

Hurst, who has lost four of his 1966 team-mates to dementia, added: ‘And look at kids. Their brains are nowhere near as developed as adults.

‘I don’t think stopping heading would be detrimental to the quality of grassroots football for kids. They would still be able to play and enjoy it as much without heading at age 10 or whenever the scientists think they should not be heading.’

Hurst also said he would be willing to donate his brain to dementia research after he dies. 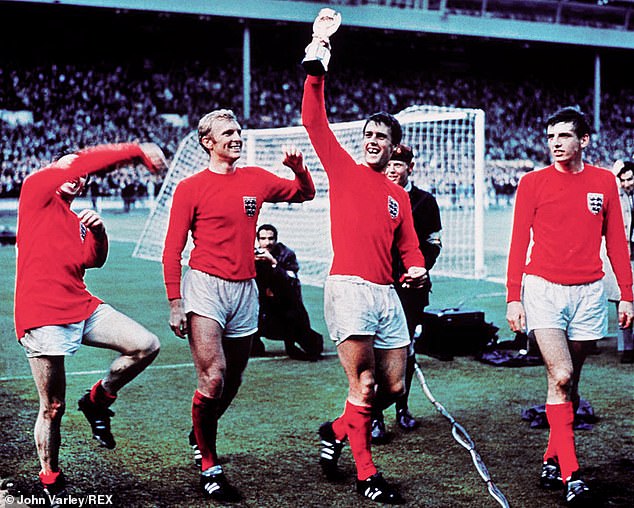