‘He was full of quips but behind the humour was a deep love of the game’: Dan Walker leads tributes to Tommy Docherty after former Manchester United and Scotland boss passed away aged 92

By Kishan Vaghela For Mailonline

Dan Walker has led the tributes that have flooded in for Tommy Docherty after the former Manchester United and Scotland manager passed away at the age of 92 earlier on Thursday.

Docherty managed more than a dozen clubs including Chelsea, Aston Villa, Porto, Derby and QPR having made his name as a player for Preston North End, and many paid tribute to him.

The Scot was in charge for United’s relegation to the second division in 1974, but brought them back up the following year, before guiding them to an FA Cup final win over Liverpool in 1977. 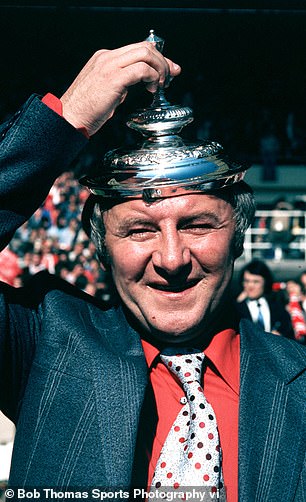 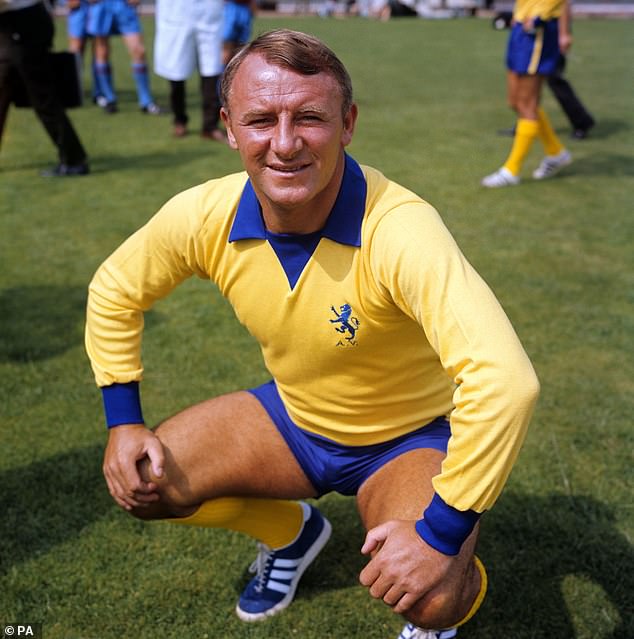 The former right-half, who played for Preston, Arsenal and Chelsea passed away on Thursday 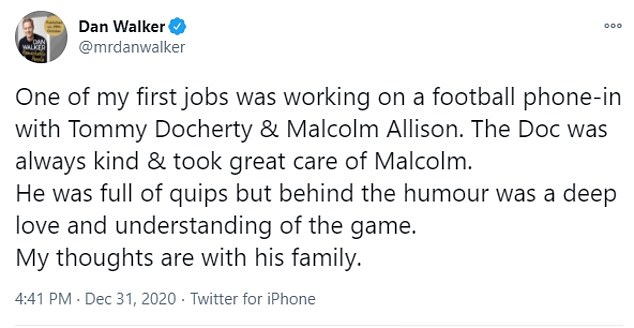 And Match of the Day presenter Walker paid tribute to Docherty’s love for the game in a phone-in with former player and manager Malcolm Allison.

‘One of my first jobs was working on a football phone-in with Tommy Docherty & Malcolm Allison,’ he said.

‘The Doc was always kind & took great care of Malcolm. He was full of quips but behind the humour was a deep love and understanding of the game. My thoughts are with his family.’

Meanwhile, a tweet from Manchester United read: ‘We are deeply saddened by the passing of Tommy Docherty, who led us to FA Cup victory in 1977 with a thrilling, attacking team in the best traditions of Manchester United. 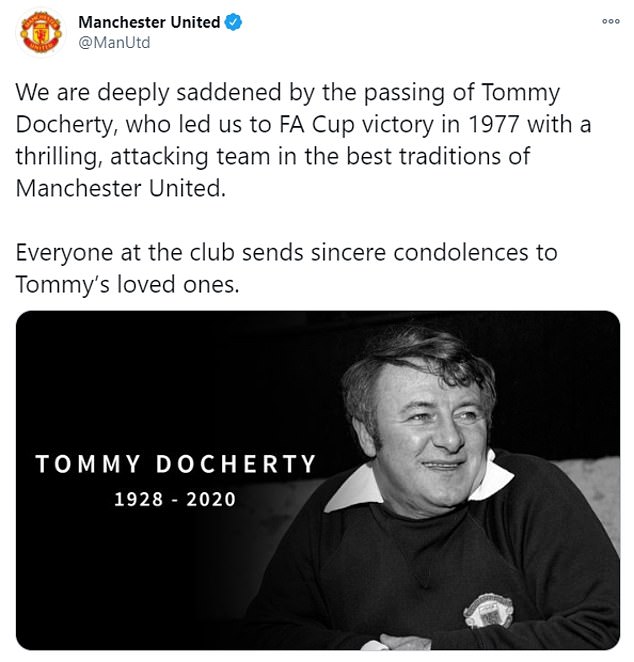 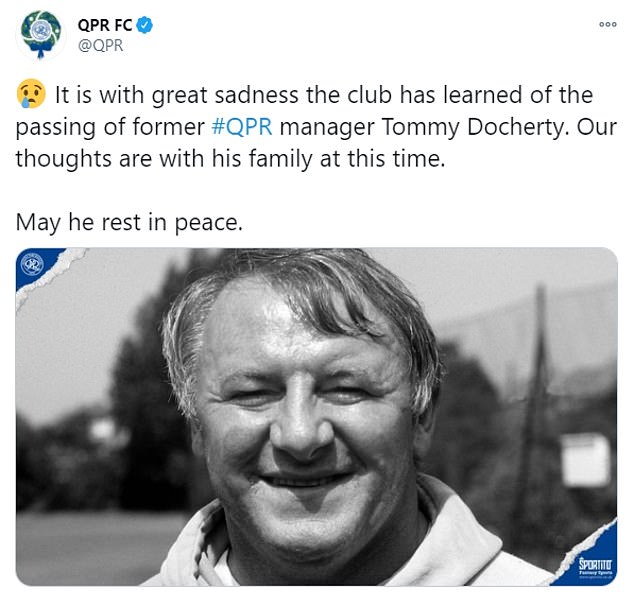 ‘Everyone at the club sends sincere condolences to Tommy’s loved ones.

Another team Docherty managed – on two occasions – QPR, also paid their respects, tweeting: ‘It is with great sadness the club has learned of the passing of former #QPR manager Tommy Docherty.

‘Our thoughts are with his family at this time. May he rest in peace.’

Preston, the club he played more than 300 league games for, meanwhile said: ‘Everyone at Preston North End is deeply saddened to learn of the passing of our former player and manager Tommy Docherty, who made over 300 appearances for the club.

‘Our thoughts are with Tommy’s loved ones at this sad time.’ 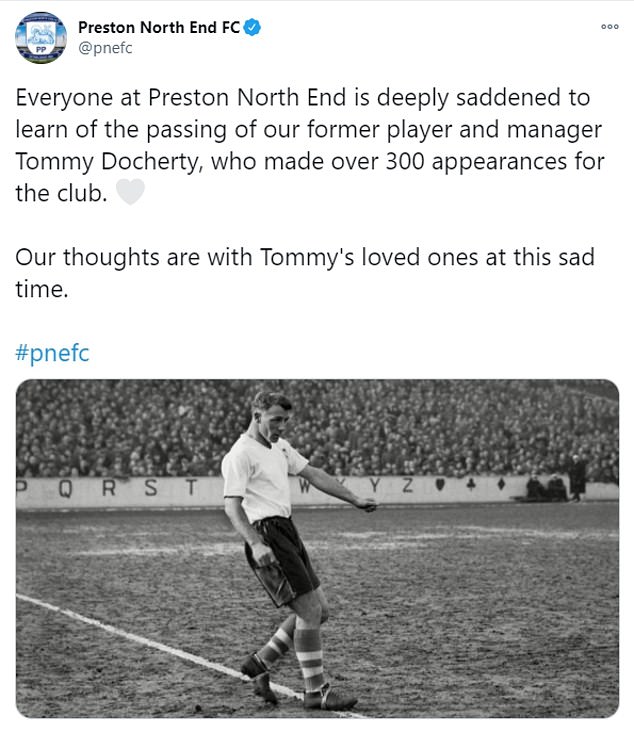 Chelsea soon followed suit, adding: ‘Everybody at Chelsea Football Club is very saddened to learn of the death of our former player and manager Tommy Docherty.

‘Tommy was a legend of our game and our thoughts are with his family and close friends at this time.’

Celtic, for whom Docherty made nine appearances for, also tweeted their respects, saying: ‘We are saddened to hear of the death of Tommy Docherty who spent two years with Celtic in the 1940s.

‘Sincere condolences go out to his family and friends. RIP.’

Scottish FA President Rod Petrie praised Docherty’s tenacity and charisma, saying: ‘Football has lost a tremendous personality in Tommy Docherty. He was tenacious on the park and a great leader off it.

‘Tommy was a regular in the Scotland side in the 1950s that qualified for two World Cups, and his record as Scotland manager was impressive, albeit cut short by his decision to take the Manchester United job.

‘He was on record as saying that the biggest regret of his career was leaving his Scotland managerial role and looking at the results and performances he inspired, it is hard not to wonder what might have been had he remained.

‘His charisma and love for the game shone even after he stopped managing and it was entirely fitting that Tommy should be inducted into the Scottish Football Hall of Fame for his lifelong service. Our thoughts are with his family and friends at this difficult time.’