Tottenham manager Jose Mourinho has stressed that he doesn’t agree with claims that the Premier League should have a two-week Covid-19 circuit-breaker.

Mourinho insisted that teams should play if they have 14 players available.

He was frustrated after Tottenham’s game against Fulham in midweek was called off at short notice.

Speaking after the game versus Leeds, Mourinho told BT Sport: ‘I don’t agree with that. I go back to the initial rules of if you have 14 players available then you have to play. I think every club does the best for their players to try and keep them all safe.

‘But then there are moments in private lives which you cannot control. Not everyone can be blamed for that. I think we have to carry on. If somebody has some positives, you have to play.’ 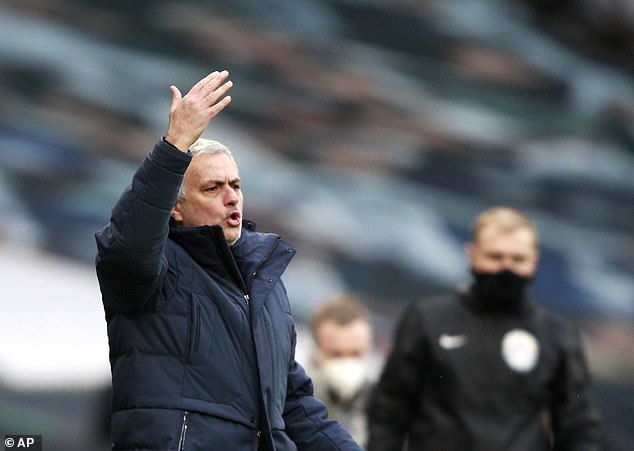 Several Premier League games have been called off recently as a consequence of coronavirus cases, including Burnley’s clash against Fulham, which was scheduled for Sunday.

West Brom manager Sam Allardyce suggested that the Premier League should have a two-week circuit-breaker to help deal with the issue, but Liverpool boss Jurgen Klopp agrees with Mourinho that such a scenario shouldn’t occur.

After the game against Fulham was called off just hours before kick off, Mourinho described the situation as ‘unprofessional’.

Mourinho was not asked specifically about the members of his squad who breached coronavirus protocols at Christmas.

The four players were pictured in one house with 11 other adults, two children and a baby.

People living in Tier 4 areas were not permitted to mix with people from outside their household at Christmas.