Former Manchester City defender Micah Richards claims Phil Foden should be starting every game for the Blues after starring in Sunday’s win at Chelsea.

The 20-year-old midfielder scored the second goal in 3-1 victory as Pep Guardiola’s side outclassed their Premier League title rivals at Stamford Bridge.

Richards told Sky Sports: ‘I just want to see Foden play every single week. He’s played like this before and has been left out of the team.

‘Every time he plays he does affect the game. He gives so much more to the team than just goals and assists – his energy, his work rate, his desire, he’s got absolutely everything.

‘I’ve been saying this for years. I’m not comparing him to David Silva. He’s an incredible talent but he deserves to be playing every single game.’ 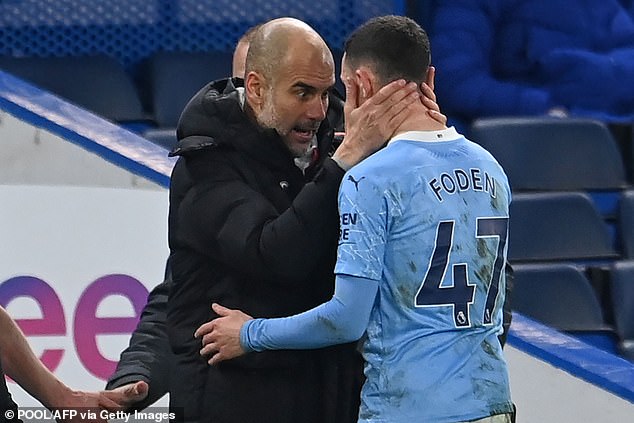 Roy Keane added: ‘He wants to play. City and Pep were criticised about not giving him enough games. He’s got to perform like he did today.

‘When you’re at a big club like City, the only way he can put that right is by playing like that. If he’s left out on Wednesday after that performance, then he can be angry.’

Graeme Souness said: ‘I think you have to trust the manager. Mahrez, Silva, Sterling can play in the wider areas.

‘If he keeps his feet on the ground he’s going to be a top player for City. He chips in with goals. Pep won’t mind him knocking on the door. The boy’s ready in my opinion.’ 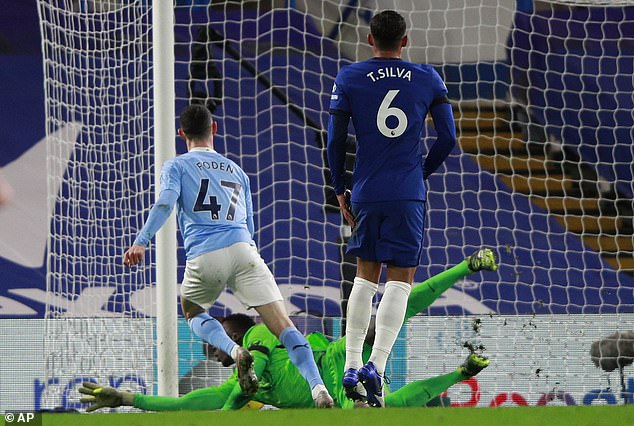