Diogo Dalot has described his loan move from Manchester United to AC Milan as ‘bittersweet’.

Dalot joined United in 2018 for £19million but fell down the pecking order following the signing of Aaron Wan Bissaka and the emergence of Brandon Williams.

Dalot bemoans injuries robbed him of important playing time at Old Trafford but insists he does not ‘regret’ or look back on his time at AC Milan with ‘disappointment’.

Having on made 20 Premier League appearances in his first two seasons at United, Dalot revealed the mix of emotions he felt joining AC Milan.

He told Record ‘Of course, the feeling is a little deeper, more because I didn’t have the time I liked physically.

‘I spent great moments at United. I played very important games for me and the team. 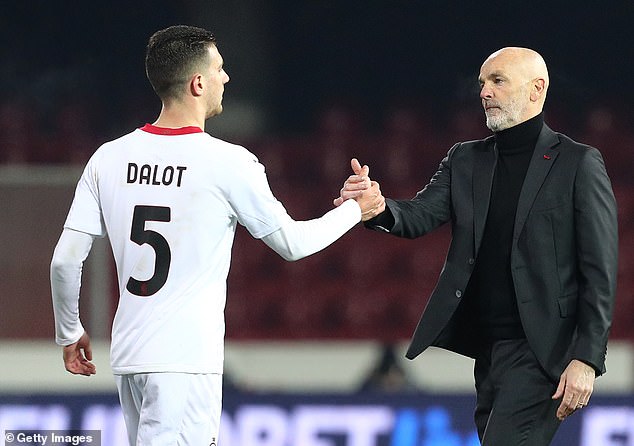 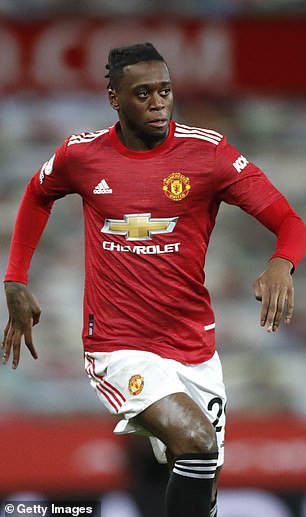 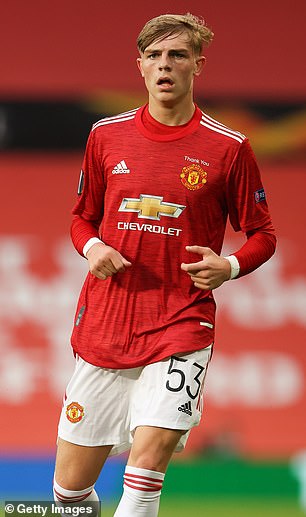 ‘I left with a bit of a bittersweet feeling for not being physically available for all those games I lost due to injury.

‘But it is what it is. I wouldn’t change anything because what I learned was very important for my future and how I am now.

‘I don’t regret it or look back with disappointment.’

Following his success in Italy, Dalot was delighted to have built-up a rapport with both the Italian and the English fans. 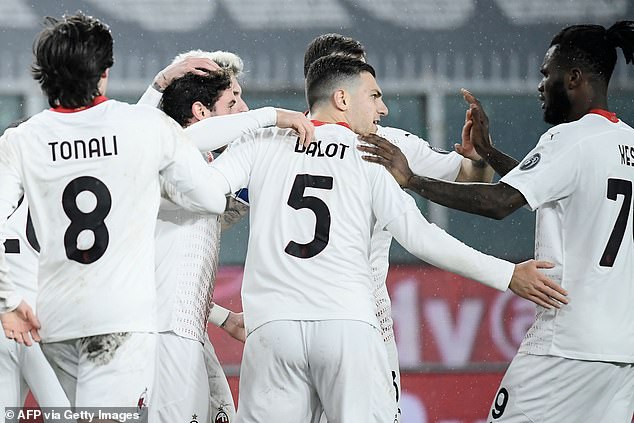 However, Dalot excelled in the Europa League for AC Milan, starting all six group stage games 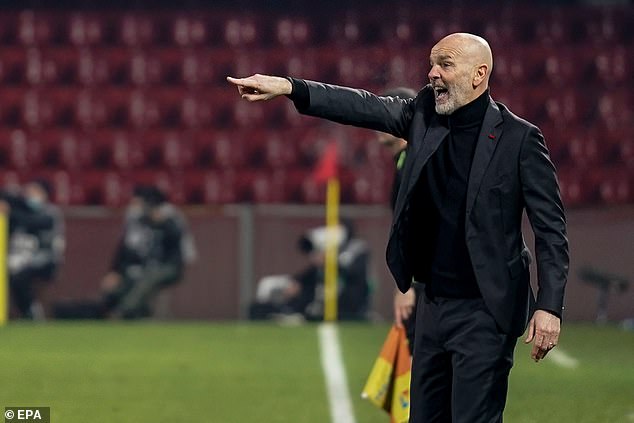 ‘It is always positive to see the feedback from Milan fans and the affection that United fans have for me. It’s fantastic to feel that,’ he said.

The full-back excelled in the Europa League for AC Milan – starting all six games of the group stage and providing one goal and two assists for the Italian club.

However, he will be looking to kick on in Serie A – having only started one match before Christmas.

There have already been rumours that Milan are keen to keep hold of Dalot. However, United still have him under contract until 2023.