Gary Neville APOLOGISES for his bad commentary of Manchester United’s win at Burnley, blaming Sky Sports’ producers for distracting him with news of a late Salford winner, after calling several big moments wrongly

Gary Neville took to Twitter on Tuesday night to offer an apology for his commentary during Manchester United’s 1-0 win over Burnley at Turf Moor.

The Sky Sports pundit and former United right-back was on co-commentary for the match that the Red Devils won thanks to a second half strike from Paul Pogba, which saw them reclaim top spot in the Premier League.

But Neville appeared to make the wrong call on a few contentious moments during the hard-fought match, prompting him to offer an apology. 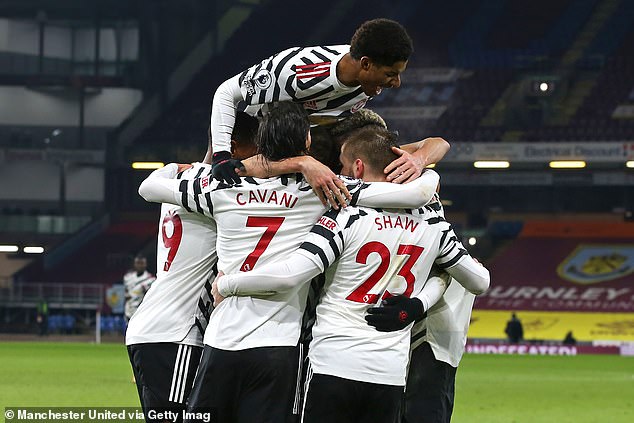 ‘Apologies for the commentary tonight,’ Neville said. ‘Stockley park all over the place, producer in my ear saying Salford have scored in the 92min and United gone top of the league ! Delirious ! I will be better Sunday.’

Harry Maguire had a towering back post header ruled out for a foul on Erik Pieters – an incident that Sportsmail columnist Peter Crouch claimed on Twitter would have cancelled out the majority of his 108 league goals had it applied to him.

Contact appeared minimal, but Neville said on commentary: ‘Maybe it’s the arm on the back of the head. Maybe it’s the elbow in the back, he’s using it as you ordinarily would do for leverage.’

United left-back Luke Shaw was in hot water at one point in the game, with VAR running the rule over a challenge on Johann Berg Gudmundsson for around four minutes. 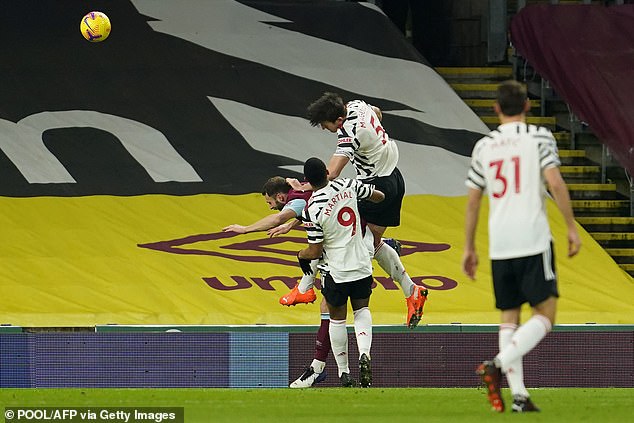 ‘I think it’s a foul definitely by Luke Shaw because he misses the ball and then follows through,’ Neville said. ‘I think he could be in trouble Luke Shaw looking at it again, because he actually puts his left leg out towards, but we’ll see.’

Shaw was let off the hook by referee Kevin Friend – he was booked instead of sent off – but whatever the view on the punishment, Shaw clearly made contact with the ball before catching Gudmundsson, despite what Neville said.

Late on in the game, Maguire was back in centre stage with VAR reviewing a potential handball in the penalty area. VAR reviewed the incident and found Maguire had nothing to answer for.

But Neville said Maguire ‘could be in trouble here’. He wasn’t and it would have been a remarkably harsh penalty to concede.

Neville’s calls didn’t go unnoticed by football fans watching the game on Sky, plenty of whom soon took to Twitter.

‘Looking at my timeline over the Neville commentary, who’d have ever thought I would have been pleased to be listening to Jim Beglin on NBC,’ one fan wrote.

Another, addressing Shaw’s challenge, said: ‘Normally enjoy Neville’s commentary but he’s annoyed me with that. Clearly took the ball. Follow through not great but ball first.’ 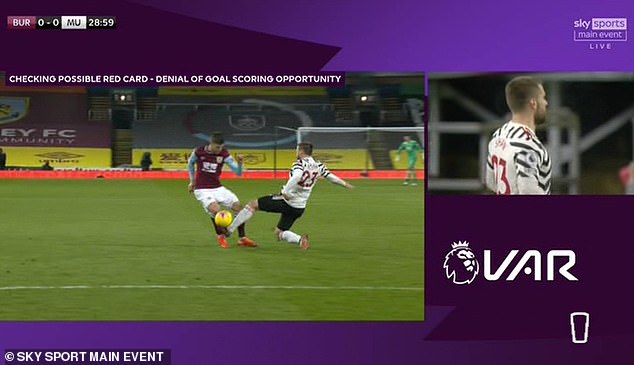 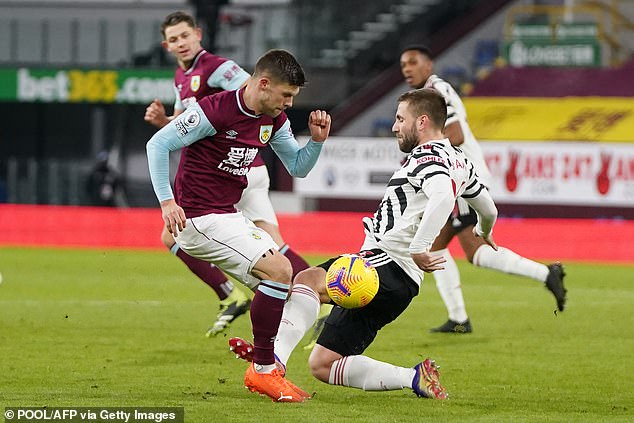 Elsewhere, Neville’s Salford hit an 89th minute winner away to Scunthorpe in League Two on Tuesday night. They sit fifth in the standings.

So for Neville, on the pitch at least, it was a great night for his two teams and his attention turns to Sunday, when United take on Premier League holders Liverpool at Anfield.

And he is clearly already getting in the mood for the match – he also shared a video of himself making his way out of Turf Moor on Tuesday night humming the song ‘Gary Neville is a red, he hates Scousers’.