A first senior start can be a nervy one for most footballers, but certainly something to be cherished and never forgotten.

It is safe to say that Alex Jankewitz will never forget his first full debut in professional football, though unfortunately that will be for all the wrong reasons.

The Switzerland youth international, so highly thought of within Southampton, pushed his way into Ralph Hasenhuttl’s plans after handing in a transfer request towards the end of the window, with Eredivisie side FC Groningen showing an interest. 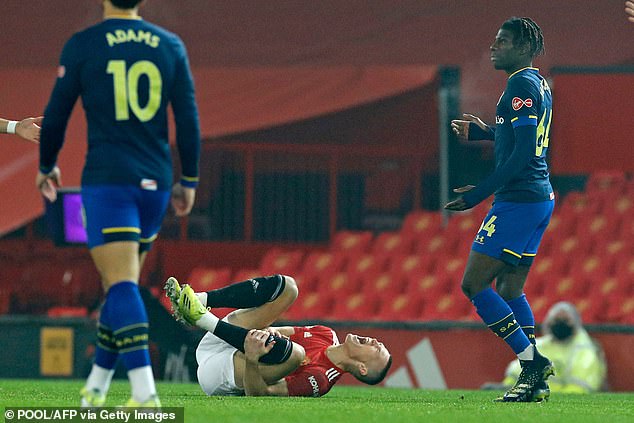 With the Saints alarmed at the prospect of losing one of their most promising youth talents, Jankewitz had been shoe-horned into the team over the past month.

He made his debut against Shrewsbury in the FA Cup, coming on for the final five minutes of the third-round tie at St Mary’s, before making his Premier League debut against Aston Villa during the 1-0 defeat last month.

Last week, Hasenhuttl handed the 19-year-old his first start in the Premier League and a real chance to state his case for more first-team action. He didn’t take it.

Instead, Jankewitz’s first full senior appearance for the Saints lasted all of 79 seconds, as he received a red card from referee Mike Dean after going in high and studs showing against Manchester United midfielder Scott McTominay.

The challenge left a distinct line of stud marks down the inner thigh of the Scotland international, and left Jankewitz leaving the pitch in anguish at a dreadful first full appearance. 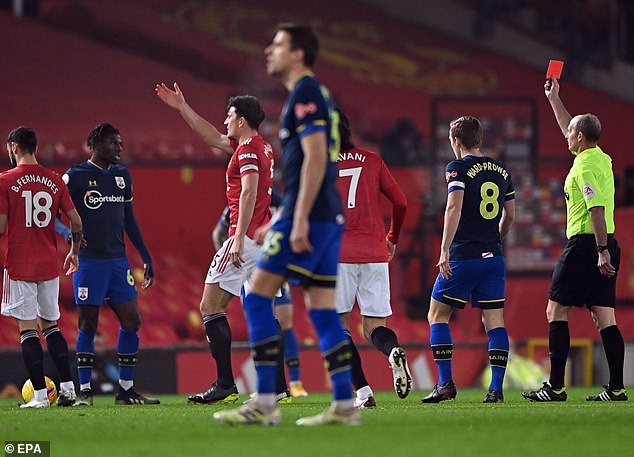 After being given his marching orders, his team-mates then succumbed to a 9-0 thrashing

Things only got worse on the night, as the sending off proved to be the catalyst for a harrowing 9-0 defeat at Old Trafford – the second time the Saints have lost by that margin under Hasenhuttl.

Now suspended, Jankewitz has sat out the last two Southampton fixtures, and will likely be made to bide his time for a shot at redemption after leaving his team-mates in the lurch.

He can, though, at least take solace from the list of distinguished names that also made a less than impressive start at their clubs.

Probably the most notorious of debuts, life in Spain could not have got off to a worse start for Woodgate when he joined Real Madrid from Newcastle.

Having joined in 2004, injury prevented the England centre-back from making his debut until 2005, when he was handed a start against Athletic Bilbao.

Things got off to an inauspicious start when he nodded past his own goalkeeper, a spectacular diving header putting the visitors in front at the Bernabeu.

Things went from bad to worse, though, as Woodgate was then shown two yellow cards – one just before the break and his second on 66 minutes – to put the icing on a thoroughly miserable display.

At least his Real Madrid team-mates dug him out of trouble, with Raul scoring twice and Robinho grabbing the other to secure a 3-1 win. 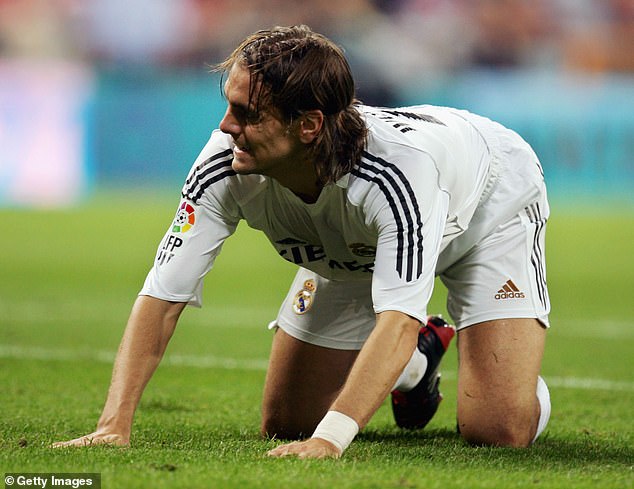 Flitcroft went on to captain Blackburn Rovers and was one of the clubs best Premier League servants during their glory years under Jack Walker.

However things didn’t look to be heading that way after his debut against Everton in March 1996.

Having joined from Manchester City for £3.5million, Flitcroft decided to mark his debut by attempting to leave his mark on Duncan Ferguson of all people.

The elbow left on the irascible Scotsman however only resulted in one thing, however – a red card.

Flitcroft went off, and Blackburn went on to lose 3-0. 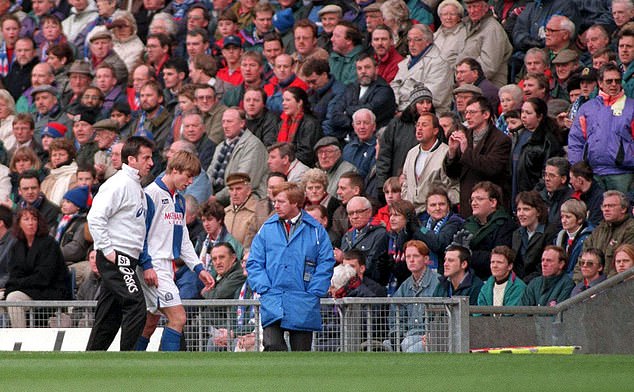 Perhaps not the debut that springs to mind when people think of the worst introductions in football, but it should be.

Milton marked his first start for Halifax Town by letting in no fewer than 13 goals as his side were beaten 13-0 in the Third Division North encounter.

Milton at least was spared the burden of holding that record by himself in 1946, when Newcastle United triumphed by the same scoreline against Newport County.

However, it will take some going for the record to be taken off his hands outright, despite Jankewitz and Southampton’s best efforts on Tuesday night. 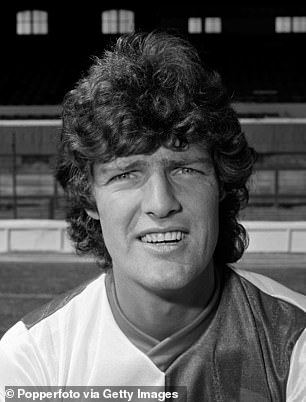 Thinking it through, maybe a Merseyside derby isn’t the ideal situation to be thrown into for your first start as an Everton player.

The atmosphere and hostility surrounding a derby can be daunting and disorientating, and are certainly not for the faint-hearted.

Still, Howard Kendall thought otherwise, and Keeley, on loan from Blackburn helped his new side by hauling down Kenny Dalglish and getting his marching orders after just 30 minutes.

Liverpool went on to thump their local rivals 5-0 and Keeley never pulled on a Toffees shirt again.

There is a certain amount of expectation that sits on the shoulders of a club’s record signing.

Leeds spent £18m on Ferdinand to secure his services from West Ham as they looked to transform themselves into genuine title contenders under David O’Leary.

The Irishman even worked his team around the England international, switching to a back three to accommodate him.

As you may have guessed, it didn’t work. Leeds found themselves in disarray and 3-0 down after just 29 minutes.

To Ferdinand’s credit, at least he was not the defender hauled off (Jonathan Woodgate) or sent off (Lucas Radebe) on an afternoon to forget at Filbert Street.

Suffice to say his Leeds career was revived sufficiently enough to see him become the most expensive defender in the world when he joined Manchester United for £30m in 2002. 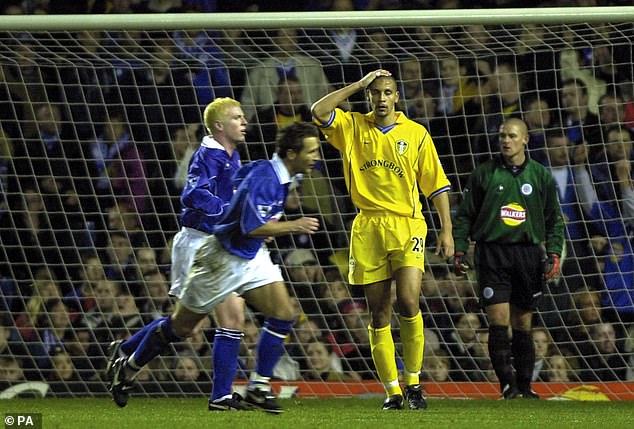