‘It was a high intensity game and I think we were tired’: Carlo Ancelotti blames Everton defeat by Fulham on fatigue after midweek FA Cup win over Tottenham but accepts Toffees ‘were not good enough’

Carlo Ancelotti felt that fatigue was a factor as his Everton side lost 2-0 to Fulham having gone into the game off the back of 120 minutes of a midweek FA Cup win over Tottenham.

The Italian felt that caught up with his players despite making four changes to the side, and it is a blow, with matches against Manchester City and Liverpool, at Anfield, over the next week.

‘The performance was not good enough, it was not what we expected because we knew it was an important game but we knew it was also difficult,’ said Ancelotti, whose side have not won in the last four home matches.

‘We weren’t able to manage the difficulties we had. It was a high-intensity game and I think we were tired from the game on Wednesday.

‘Of course we are really disappointed because with victory we could climb the table and now we have two difficult games to play but I think we need to have hope because usually these kind of games we played better.’ 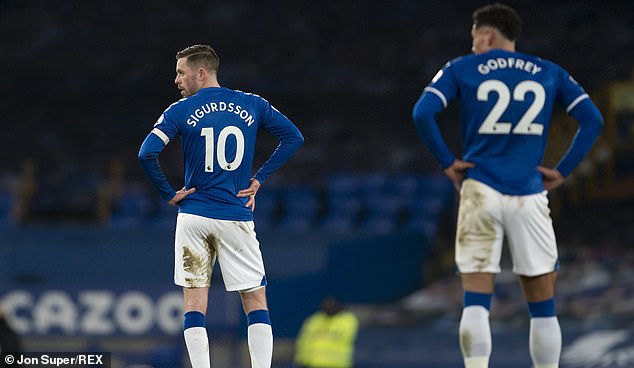 Fulham manager Scott Parker insists he has always been confident their luck would change and believes the way they are playing gives them every chance of avoiding the drop.

A run of 12 league matches without victory was ended with a 2-0 win at Everton, which came courtesy of a double from on-loan striker Maja on his full Premier League debut.

The 22-year-old, who rose to prominence in the Sunderland ‘Til I Die documentary as a youth prospect promoted into the first team a couple of years ago, scored two typical poacher’s goals from close range to move the third-bottom Cottagers to within seven points of Newcastle. 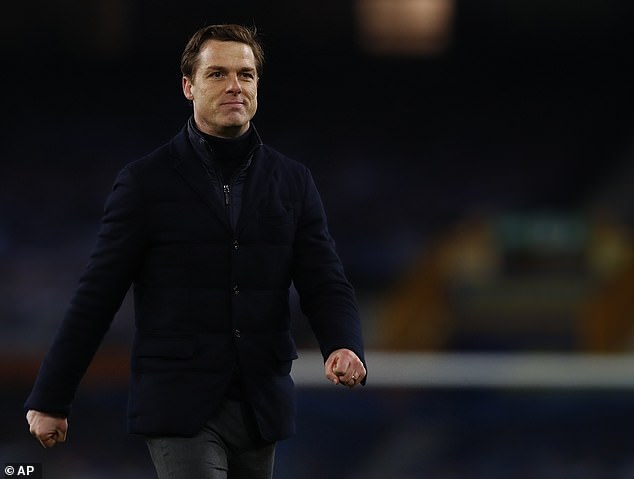 ‘Large parts of the performance tonight have happened over the course of the last 15-odd games, the difference is we have managed to score a couple of goals and win the game,’ said Parker, whose side had scored just 17 in 22 previous matches.

‘That has always given me belief. Overall I thought we were fantastic from start to finish against a very good Everton, we did very well to nullify them.

‘The first half was evident of what we have come to see a little bit: real domination, created numerous chances, hit the post, didn’t manage to put the ball in the net.

‘I’ve always had a feeling I understand it has to change and the reason I say that is because of what I am seeing.

‘You (the media) analyse it as win-loss-draw but I analyse it deeper than that and we are creating big chances.

‘If we keep doing the right things and it will change. The next step is we enjoy this, get in tomorrow and then we have a massive game against Burnley.’ 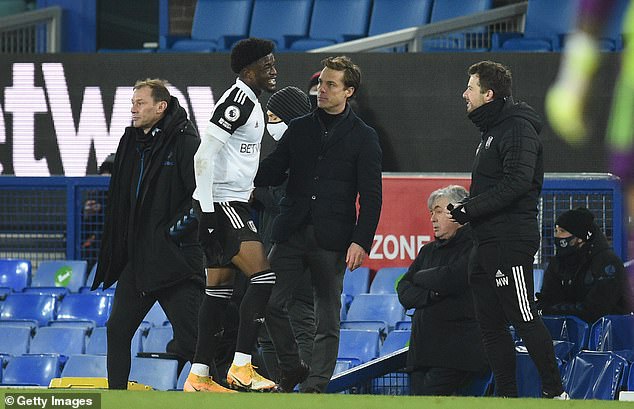 Parker was full of praise for Maja, who scored a brace in only his second Fulham appearance

Parker had praise for Maja, in only his second appearance having arrived from Bordeaux on deadline day.

‘Fantastic tonight in terms of scoring two goals,’ he added. ‘The first move was brilliant and he is there to tap in and the second is a striker’s instinct to knock one in from the rebound off the post.

‘It has been well-documented that we have missed some big chances; the fine margins are we have not been clinical enough and tonight we were.

‘A big boost for the team, nothing short of what they deserved.’