Ben Stokes says England’s fast bowlers are ‘licking their lips’ in anticipation of getting hold of a pink ball and trying to gain revenge over India for their ordeal by spin.

The day-night third Test starting on Wednesday gives England the perfect opportunity to hit back from their thumping series-levelling defeat on a treacherous turning surface in Chennai.

And England’s vice-captain revealed the SG pink ball has been offering so much assistance in the Ahmedabad nets that practice had to be stopped over fears it was becoming dangerous for batsmen.

‘This is going to be a completely different game,’ Stokes said. ‘I can tell you Jimmy (Anderson), Jofra (Archer) and Stuart (Broad) have been licking their lips.

‘We’ve seen how day-night cricket has offered assistance to quick bowlers, especially when the lights come on. The pink ball does seem to do more.’

Ahmedabad’s Motera Stadium is set to stage its first international match since it was rebuilt to become, at 110,000 capacity, the biggest cricket ground in the world.

And the unknown factor in an arena that will house 55,000 is how much visibility there will be from the ring of LED lights around the perimeter of the roof which have replaced traditional floodlights.

‘When the lights went on yesterday the nets got really dangerous,’ said Stokes, in an interview with talkSPORT. ‘The quick bowlers had to stop because we were worried some batsmen were going to get injured.

‘The ball started jumping off a length and a few guys got hit. We had to take the bowlers out to the middle to finish their spells. Whether it will be the same once the match starts we don’t know, but we’ve definitely seen a difference so far.’

With that in mind England, who will be picking from a fully-fit squad, look sure to play four seamers — including Stokes — and only one spinner in Jack Leach now Moeen Ali has gone home.

But there could be another seam bowler along with the big three mentioned by Stokes, with Joe Root prepared to risk a repeat of the chaotic conclusion to their Chennai defeat by considering Chris Woakes.

Cracks in the rotation policy designed to help their players through this busiest of years widened when England admitted that they had asked Moeen to change his rest period and stay on for the final two Tests. 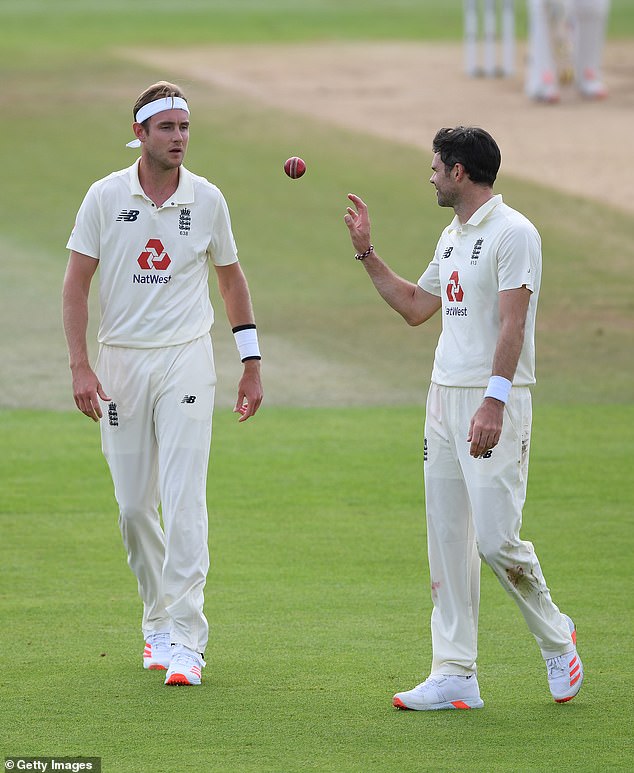 That led to captain Root taking full responsibility yesterday for wrongly saying Moeen had ‘chosen’ to go home, while admitting he will not let the scheduled departure of Woakes after this match affect his thinking.

‘I made a complete mistake,’ said Root. ‘It wasn’t a true reflection of what happened and left it open to interpretation, which was unfair on Moeen.

‘Chris is going home after this Test but that should not be factored in now. We will pick the side we think is best to exploit these conditions and win.’

England have remained tight-lipped about what that team might be, in conditions that will be very different to the under- prepared turner of Chennai.

But they will shuffle their pack again, with Archer yesterday declaring himself fully fit and likely to play ahead of Olly Stone. 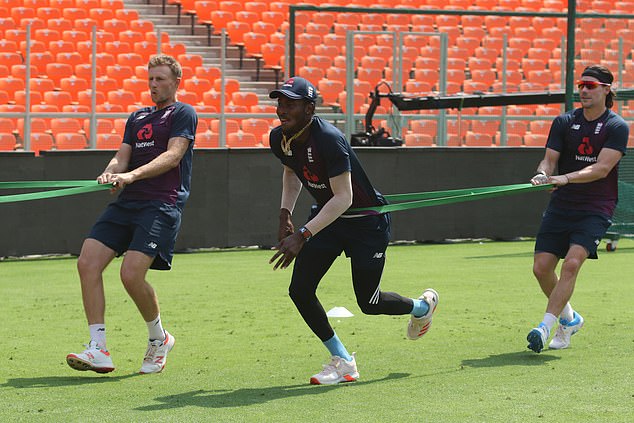 Meanwhile, Jonny Bairstow is set to return in place of Dan Lawrence at three, fit-again Zak Crawley could replace out-of-form Rory Burns at the top of the order and Anderson will definitely play and take the new pink ball.

The big question will be whether his old partner Broad joins him. It would take a brave captain to leave out Broad with the prospect of a swinging ball under lights, especially after he reacted to being dropped last summer with some of the best bowling of his career.

But if Broad does play, Archer could be as high as eight in the order and England would have a long tail — increasing the chances of a recall for Woakes.

‘It’s not ideal to make so many changes but these times are not ideal,’ said Root. ‘If you look at the white-ball squad Eoin Morgan and Trevor Bayliss created, it had strength in depth. That’s something we’re trying to build now.’

Despite Stone’s impressive performance in Chennai, Archer is ready to play having recovered from an elbow injury and his captain wants him back in the line-up for this pivotal Test. 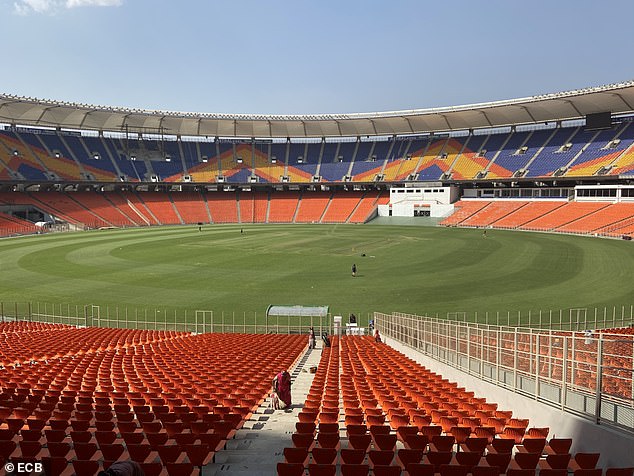 ‘Jofra brings something very unique,’ said Root. ‘He can do things others can’t and if he is able to operate at a hundred per cent it would be great to see him back.’

This first day-night Test between these teams should give England a great chance of playing to their strengths and putting the spin misery of the second Test behind them. Victory here would give them an unassailable 2-1 lead with one to play and keep them in the hunt for a place in this summer’s World Test Championship final.

Indian seamers took all 20 wickets in the only pink-ball Test staged in India and the last time they played a Test under lights they were bowled out for 36 earlier this year by Australia in Adelaide.

‘Of course, if we can exploit what happened to India last time under lights that’s something we will look to do,’ said Root. ‘That collapse in Adelaide could be in the back of their minds.’

Listen to the third Test exclusively on talkSPORT from 9am.