Arsenal plan to rival West Ham to the signing of Manchester United midfielder Jesse Lingard this summer, according to reports.

The midfielder is currently on loan at the Hammers where he has rediscovered some form, scoring six goals and registered four assists for the east Londoners since the winter transfer window – including one strike against the Gunners in March.

West Ham are set to try and bring Lingard in on a permanent deal when his loan spell ends but Manchester United will command a high price given the 28-year-old’s recent displays. 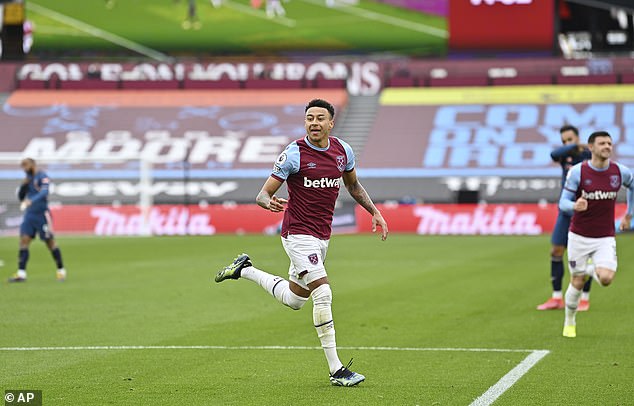 And according to The Sun, Mikel Arteta’s Gunners have opened conversations into a deal for Lingard having asked United about a loan deal before he joined West Ham.

The Red Devils reportedly refused to loan Lingard out to a direct rival given Arsenal’s participation in the latter stages of this season’s Europa League.

The report also says West Ham will dismiss any proposition put forward by United for Hammers midfielder Declan Rice to be included in any deal for Lingard, while Roma are also monitoring the midfielder’s situation. 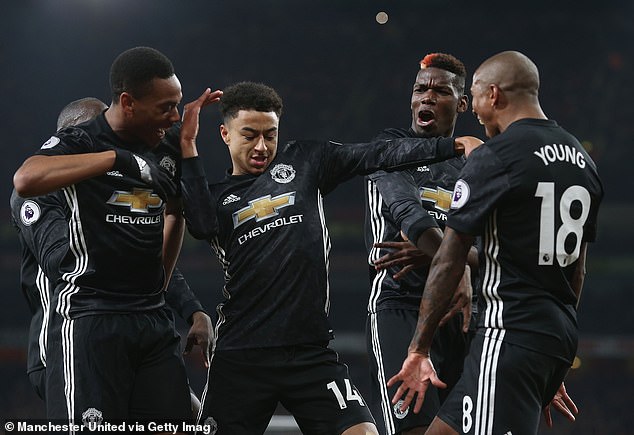 The 28-year-old midfielder has a superb record against Arsenal and has been a regular thorn every time he has come up against the Gunners.

Lingard has five goals in nine matches against the north Londoners and even branded the Gunners’ Emirates Stadium as his ‘dancefloor’ after regularly celebrating his goals there.

The midfielder, who is still contracted to parent club United, has one year left on his Old Trafford deal and while the Red Devils want to offer him a new deal, the Premier League giants may be forced into cashing in on the player.

Lingard was exiled from first-team action by Ole Gunnar Solskjaer at the start of the season and only featured for United in the early rounds of the Carabao Cup. 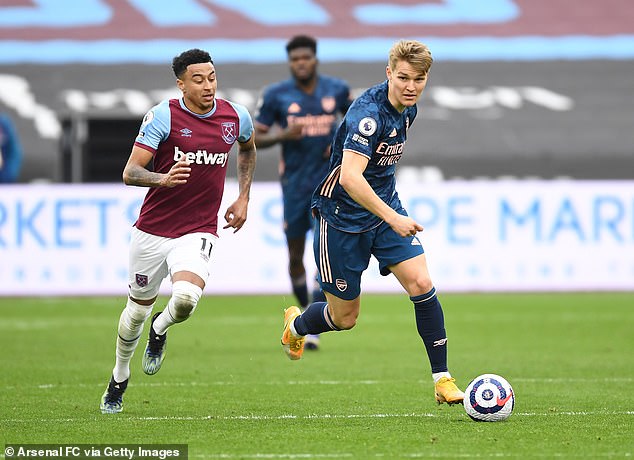 His move to West Ham saw him return to regular action while the 28-year-old also received an England recall due to his form in east London.

Arsenal may be on the lookout for a creative midfielder should Martin Odegaard not make his loan move at the Gunners permanent this summer.

The Norwegian joined from Real Madrid on a temporary deal in January and has made 14 appearances for the Gunners since then, scoring twice.

Arteta’s side also have Emile Smith Rowe for creative influence from midfield but the 20-year-old has often been used in a wide left role to accommodate for Odegaard’s inclusion.