Real Madrid chiefs are convinced they have a potentially world-class player on their hands in Martin Odegaard and have reportedly ruled out a summer transfer move for the midfielder.

Odegaard, 22, struggled to break into Zinedine Zidane’s starting XI after returning from an outstanding loan spell with Real Sociedad and completed another temporary switch – this time to Arsenal – towards the end of the January transfer window.

After initially being eased into the first-team and the rigours of Premier League football, Odegaard has proven himself to be a valuable addition to Mikel Arteta’s squad when fit.

Odegaard endeared himself to Arsenal’s fanbase with a stunning equaliser in last month’s north London derby and an inspired individual performance in the Gunners’ dramatic 3-3 draw at West Ham earned him widespread praise.

On the back of these displays, Arteta pleaded with Arsenal’s board to do everything in their power to extend Odegaard’s stay beyond the summer and there has been speculation mounting that the Norway international could be open to making his deal permanent.

But according to Spanish publication AS, Madrid have no interest in a summer sale and will not even be entertaining offers with Odegaard tied to them for another two years.

Madrid head coach Zidane was reluctant to part with Odegaard in the first place and the Frenchman’s over-reliance on stalwarts Luka Modric and Toni Kroos this term has only strengthened his desire to keep hold of the young playmaker.

The report states Madrid’s hierarchy are confident Odegaard can become a ‘fundamental piece’ in Zidane’s project and ‘one of the best in the world’ in his position in the future. 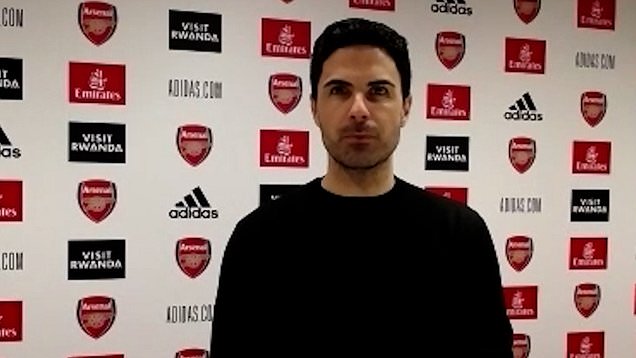 The Norwegian, who was recently made captain of the national side, will be given the platform to prove himself with the promise of regular minutes next term.

However, it’s claimed Zidane has run out of patience with Isco. The Spain international is deemed surplus to requirements after becoming a somewhat peripheral figure over the last two campaigns.

An ankle injury meant Odegaard missed both legs of Arsenal’s Europa League quarter-final with Slavia Prague plus the club’s top-flight matches with Sheffield United and Fulham.

But the midfielder came off the bench in the second half of the side’s defeat at to Everton and Arteta will no doubt hope he’s back to full fitness in time to face Villarreal on Thursday night.