Ruben Dias has been the best centre-back in the Premier League ‘by a long way’ this season, says Jamie Carragher and insists the Manchester City star’s body position is even BETTER than Liverpool’s Virgil van Dijk

Ruben Dias has been hailed as the best player in the Premier League this season by Jamie Carragher, who feels the Man City star has even better body positioning in his defensive duties than Liverpool’s Virgil van Dijk.

The 23-year-old has transformed City’s defence since joining from Benfica for £62million last summer, bringing organisation and leadership to the back line and playing a huge role in their surge to the top of the Premier League.

With Pep Guardiola’s men just one win away from the title, Dias has been one of their best players of the season and Liverpool icon Carragher admitted he simply ‘loves’ the Portugal star, despite City’s rivalry with his beloved Reds. 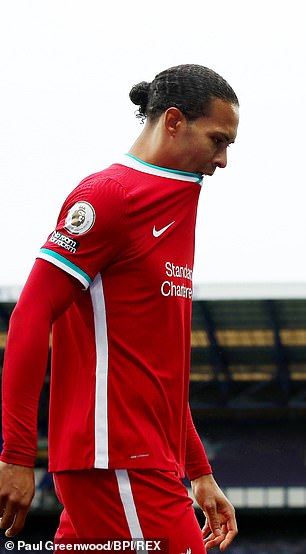 Ruben Dias (left) has been the best player in the Premier League this season in the absence of Virgil van Dijk (right), according to Jamie Carragher 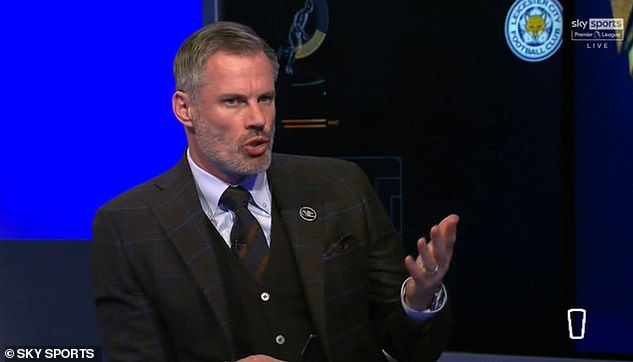 ‘I love him,’ he told CBS Sports, via the Daily Star. ‘I think he’s been the best player in the Premier League this season, I really do believe that.

‘I think he’s had a huge effect on Manchester City. Even when he speaks and you watch him play you can’t believe he’s 23.

‘John Stones next to him is 27-28 and you feel like it’s the other way around with John Stones and that’s no disrespect to John Stones.’

Comparing Dias and Van Dijk – who has been one of the standout defenders in the top flight in recent years – the pundit considered that the Dutchman had better ‘physical attributes’, while Dias had to work harder to ensure he stays ahead of attackers and concentrates in the big moments. 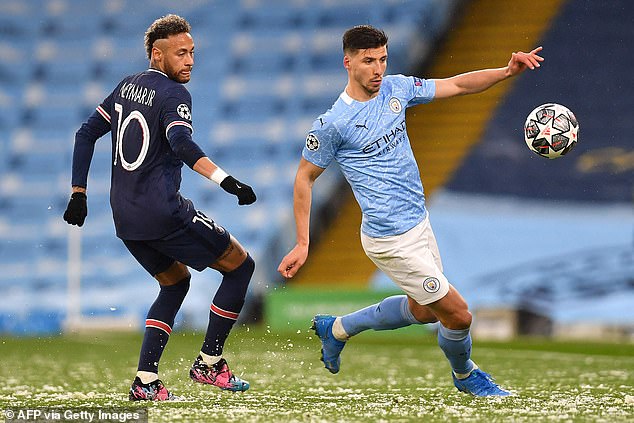 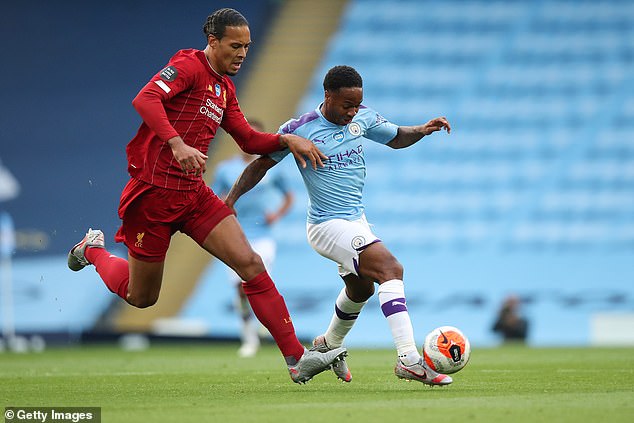 While he is still in awe of ‘Rolls Royce’ Van Dijk – who has been missing for most of the season through injury – Carragher said he feels that Dias is currently the best centre-back the Premier League had to offer ‘by a long way’ in the absence of the Dutchman.

Furthermore the former Liverpool man feels Dias is one of a ‘new breed’ of defender coming through the ranks in world football.

Carragher added: ‘What I would say is that Van Dijk has been blessed with physical attributes that Dias hasn’t so in some ways I’m more impressed with Dias.

‘When you watch Van Dijk, it’s like watching a Rolls-Royce, you just think the way he moves. Most players don’t have that and Dias probably hasn’t got that so probably has to concentrate more and be side on constantly. 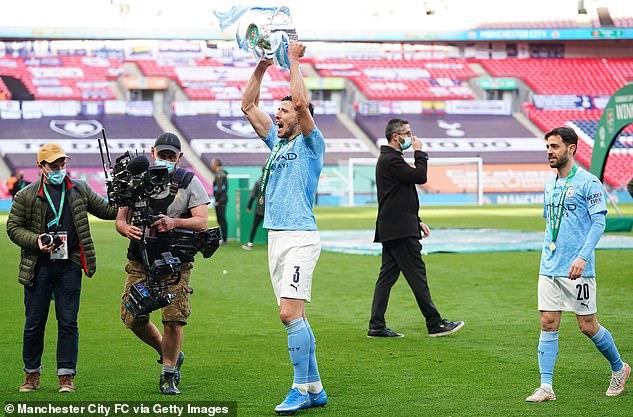 ‘We have seen Van Dijk over the last couple of years win the Champions League. I think the new breed is coming and this guy [Dias] is a massive part of it.

‘The biggest thing for a centre-back, in terms of body position, I think he’s the best by a long way in the Premier League.’

Dias has has played 46 times since joining the Etihad – scoring once. He already had a taste of silverware after lifting the Carabao Cup following a 1-0 win in the final over Tottenham, and he is hoping to end the campaign with three as they bid to clinch title success by beating Chelsea on Saturday.

On May 29 their dreams of a magnificent Treble could materialise as they play in the Champions League final having beaten PSG 4-1 on aggregate in the semi-finals to reach their first ever European showpiece.