Manchester City captain Fernandinho says it’s ‘really satisfying’ to have made the Champions League final and praised his team-mates for breaking the ‘stigma’ surrounding their previous European attempts.

Fernandinho – who is in his eighth season with City after joining from Shakhtar Donetsk – also said it is an ‘honour’ to play in the final and that he is ‘motivated’ to walk away as a champion.

The captain claims nothing less than ‘200 per cent’ will be acceptable on the night after making their first ever Champions League final in Porto.

‘There was still that stigma of the fact that the team had never made it to the final before, that we were an inexperienced team in this competition, the club I mean – historically speaking – but I think this season our team has managed to reach a high standard,’ the Brazilian told Goal.

‘There’s no doubt that it’s a special feeling, because for me personally, having been playing in Europe for a while now, I’ve had a chance to play in many Champions League seasons and I’d only got as far as the semis with Manchester City, the quarters with Shakhtar, but I’d never made the final, so it’s really satisfying. 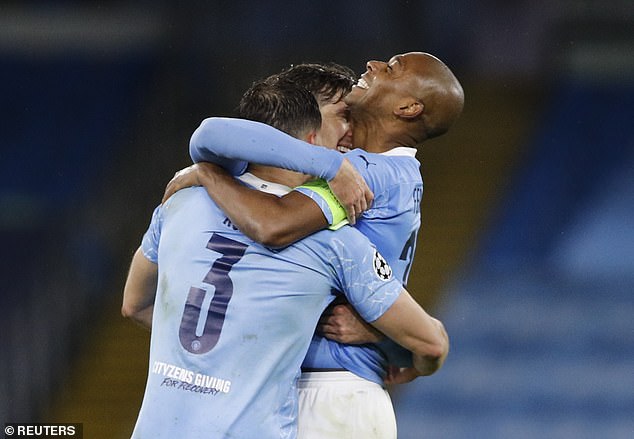 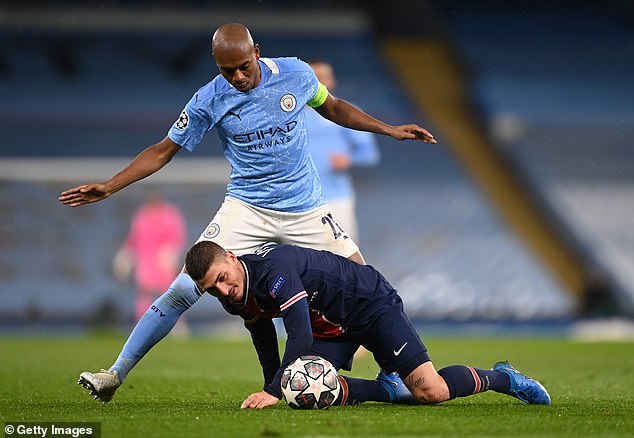 ‘It’s a really happy moment, a huge honour, and there’s no doubt that it makes you even more motivated, and as we say, we’ve always got to give 100 per cent, 100 per cent of the time, and I think in a game like this anything less than 200 per cent won’t be enough to win it.’

However, Fernandinho’s position within Pep Guardiola’s starting XI for the final is not confirmed as Spanish team-mate Rodri could line-up ahead of him.

Although he played a pivotal role in the semi-final second leg against Paris Saint-Germain. The Brazilian kept their star-studded attackers at bay and helped City claim a place in their first ever Champions League final.