By Ben Nagle for MailOnline

Former Watford and Cardiff boss Malky Mackay is set for a return to the dugout after reportedly agreeing to take over at Scottish Premiership side Ross County.

Mackay has not managed a club side since being sacked by Wigan in April 2015, and has since spent four years as the Scottish FA’s performance director.

But the Scottish Daily Record now report that he is set to take his next managerial role in Scotland, having agreed a deal with Ross County following the exit of John Hughes at the end of the season. 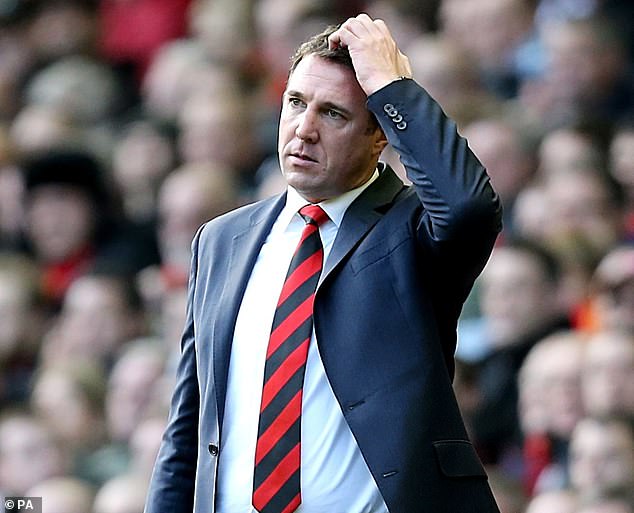 The 49-year-old’s promising managerial career nosedived back in 2014 when Sportsmail exclusively revealed that he was being investigated by the FA for sending allegedly racist, sexist and homophobic text messages to Iain Moody during the pair’s time at Cardiff City.

At the time, Mackay apologised for sending two one-line text messages he admits were ‘disrespectful of other cultures’, but he was later cleared by the FA in July 2015, when they decided to take no further action against him and Moody.

Among the text messages, it was alleged that the pair referred to an official at another club as ‘a snake, a gay snake… not to be trusted,’ while another message – referring to a list of potential signings – said ‘not many white faces amongst that lot but worth considering.’

Meanwhile, on football agent Phil Smith, a message was sent that said: ‘Go on, fat Phil. Nothing like a Jew that sees money slipping through his fingers.’

Sportsmail revealed the exchange of ‘racist, homophobic and sexist’ texts and email messages by Mackay and Iain Moody (left) while at Cardiff 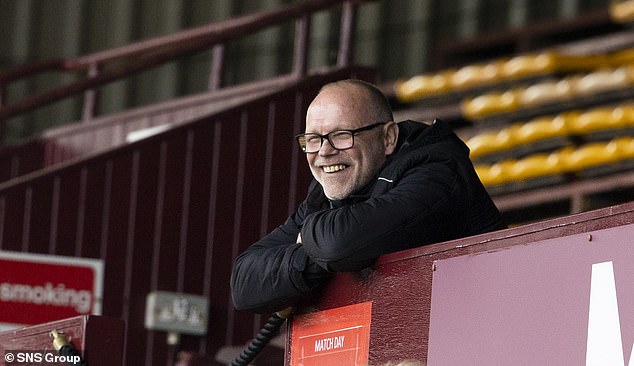 A message was also sent regarding a player’s female agent, in which it was written: ‘I hope she’s looking after your needs. I bet you’d love a bounce on her falsies,’ while on the arrival of South Korean international Kim Bo-kyung, a text read: ‘Fkn chinkys. Fk it. There’s enough dogs in Cardiff for us all to go around.’

The investigation ended his chances of becoming Crystal Palace manager, where he was set to take over from Tony Pulis and reunite with Moody after their time at Cardiff.

He then endured his failed 138-day spell at Wigan, in which the side achieved 19 points from a possible 72, winning five of his 24 matches in charge. 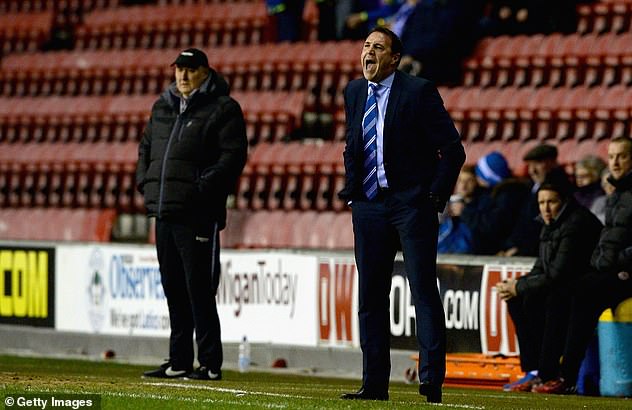 Mackay has not held a club position since, instead moving into the international game with his role inside the Scottish FA.

He left that position in November last year amid Covid cost cuts and has since been looking for a club management role.

Ross County’s previous boss Hughes stepped down last week after steering the team to safety in the Scottish Premiership, and it has been reported that Mackay will be unveiled as the team’s next manager later today.