Manchester City have reportedly placed Raheem Sterling and Riyad Mahrez on their ‘for-sale’ list which has put Arsenal on red alert ahead of the summer transfer window.

Determined not to rest on his laurels, City head coach Pep Guardiola is already working on plans to build his next great team after steering the club to a third Premier League title in four years.

The newly-crowned English champions can add a Champions League trophy to their domestic crown with victory over Chelsea at Porto’s Estadio do Dragao this weekend.

High-profile attacking duo Sterling and Mahrez have contributed 14 goals apiece in all competitions for City this season but are deemed surplus to requirements and could be offloaded for the right price, according to The Daily Mail. 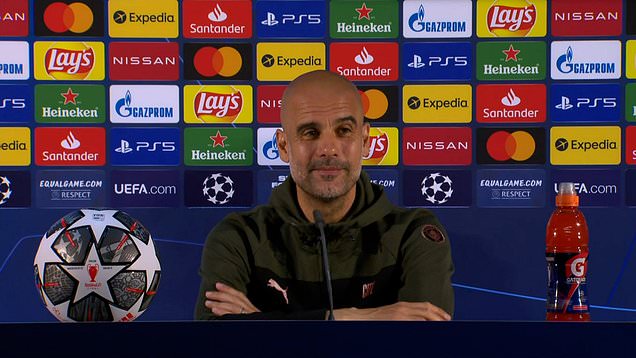 The report suggests Gunners boss Mikel Arteta has registered a strong interest after working with the pair during his three-year spell as Guardiola’s assistant at the Etihad.

However, Arsenal’s financial situation and inability to offer European competition next season is likely to prove a major stumbling block in their attempts to land either player.

It’s claimed Gabriel Jesus and Aymeric Laporte could also be let go, with City willing to pull out all the stops to fund potential moves for the likes of Harry Kane, Erling Haaland and Jack Grealish.

La Liga giants Real Madrid and Barcelona may join Arsenal in the race for England forward Sterling, who has badly struggled for regular playing time in the second half of City’s campaign.

Speaking to Rio Ferdinand for BT Sport ahead of Saturday’s Champions League final, Guardiola said he was already sweating about next season given the fierce and unpredictable nature of the Premier League.

‘In England when you talk about ‘dynasties’ it’s a big mistake,’ the Spaniard said.

‘I remember when Liverpool destroyed the Premier League last season, everyone said it will be a dynasty or four or five years at Liverpool.

‘In other countries you say: “Ah, maybe!”. But in this country [it’s unpredictable] and I love that.

‘I love the fact that nothing is for granted and we know in the summer we’re going to enjoy the Premier League and hopefully Champions League as well.

‘But in two or three weeks I will say, “Oh my god, next season. Liverpool and United are back stronger every season and Arsenal’s making a step forward and they invest and Chelsea…”’