Mark Clattenburg: Referee Antonio Lahoz was right not to award a penalty for Reece James handball and not to send off Antonio Rudiger for the block on Kevin de Bruyne

By Mark Clattenburg for the Daily Mail

Manchester City’s players were adamant Reece James had handled the ball in the penalty area as they chased an equaliser in the second half.

They were right, the ball had struck the defender’s arm, but only after he had played it with his chest.

It was not a penalty because James’ arm was in a natural position by his body and he had deflected the ball onto himself. 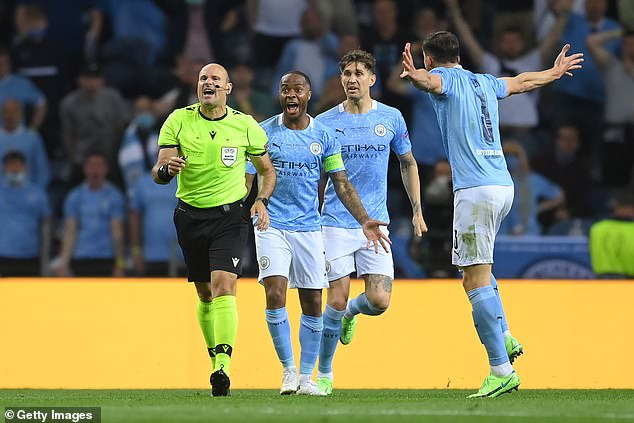 The referee, Antonio Lahoz, made it clear to everyone what had happened and he was right to wave away City’s appeals.

This was different to the penalty Moussa Sissoko conceded for Spurs against Liverpool in the Champions League final two years ago.

Sissoko’s arm was away from his body and was making his frame bigger, and the law states this is punishable as a handball. 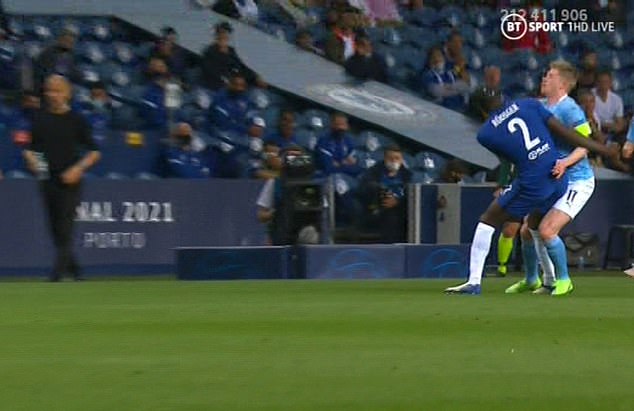 Meanwhile, Lahoz was right to book Antonio Rudiger for the block that ended Kevin de Bruyne’s game. It was not a red card offence.

The referee had an excellent game.