Alvaro Morata has hit back at Spain fans who have sent threats to him and his family after the striker endured a difficult Euro 2020 group stages with Luis Enrique’s side.

The Juventus forward has been criticised by his supporters throughout the tournament, particularly during the first two matches of the season which resulted in draws against Sweden and Poland, while he also missed a penalty against Slovakia.

Morata has revealed that he had a sleepless night after the Poland match due to the abuse he had suffered throughout the day, including the messages towards his wife Alice Campello and his three young sons. 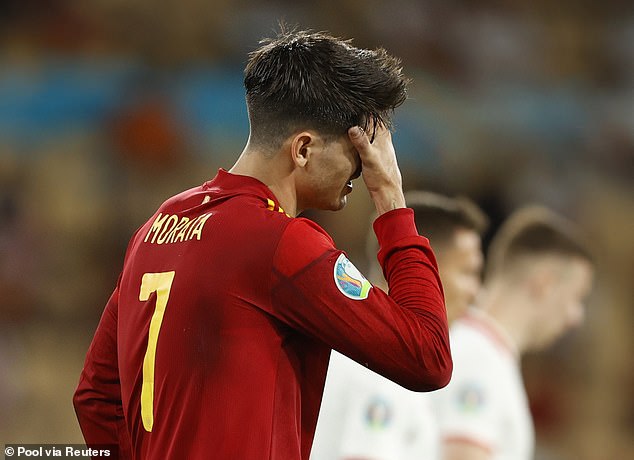 The striker told Juanma Castano’s El Partidazo de Cope: ‘Maybe I have not done my job as I should.

‘I understand that I am criticised because I have not scored a goal, but I wish people would put themselves in the place of what it is like to receive threats, to be told that your children should die.

‘I didn’t sleep at all these past few days, because of the adrenaline. I’m very happy, but it bothers me not to do my job well. The fans whistled at me before warming up, but I’m happy to take the penalty (against Slovakia) and have missed it.’ 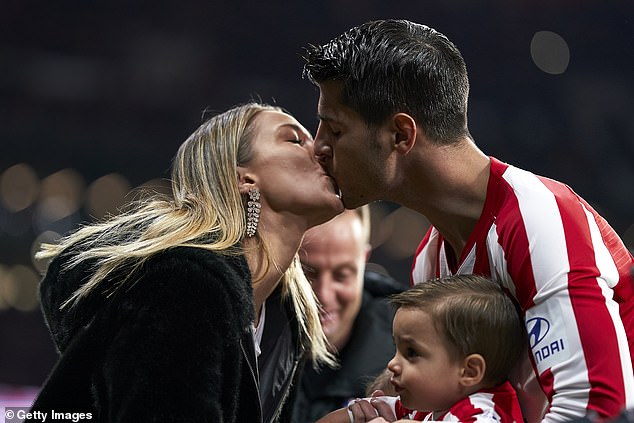 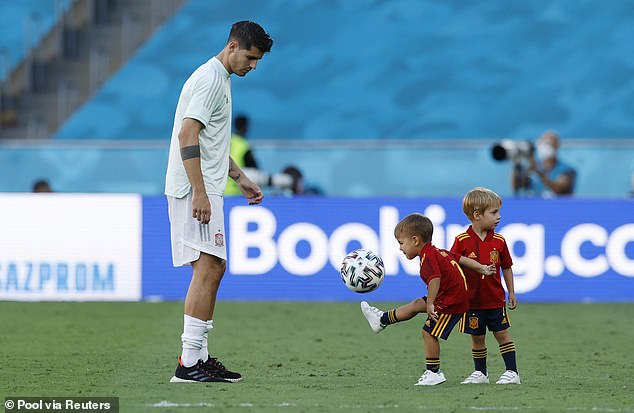 The 28-year-old was heavily criticised by Spain fans even before the tournament had begun, with his own supporters chanting, ‘Morata, how bad you are’ in a 0-0 friendly draw against Portugal.

Morata was then criticised after the goalless draw with Sweden in the opening game of Euro 2020 after he missed a one-on-one opportunity in the first-half under no pressure at all.

Despite getting on the scoresheet in the next game against Poland, the Spanish striker then missed another glorious chance when Gerard Moreno’s penalty miss was rebounded into his path but the Juventus man could only put the ball wide again. 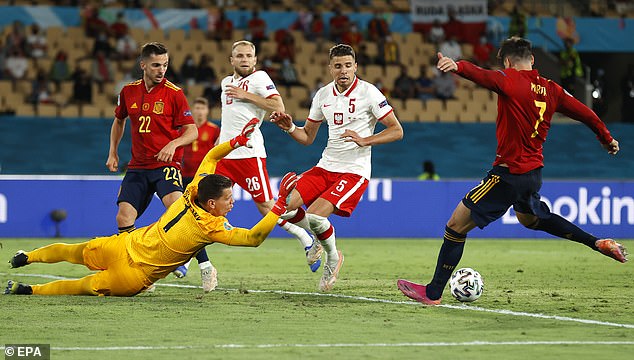 His tournament went bad to worse in Spain’s final group game against Slovakia when he missed a first-half penalty with the scores at 0-0, though La Roja went on to thrash their opponents 5-0 to reach the knockout stages.

Morata angered Spanish supporters after the Poland draw by claiming that ‘in Spain, giving an opinion is free’ and was asked to explain his comments in the same interview.

He said: ‘I said it with anger for having drawn in a European Championship game. I’m not going to get cool in front of all of Spain. I wish people would put themselves in the other place.

‘People whistle because it is what they hear, there are many people who encourage that. I give everything. They do not give me the same stick as the others. Everything I say is interpreted in one way or another. I have two options, or shut up or come here to explain. 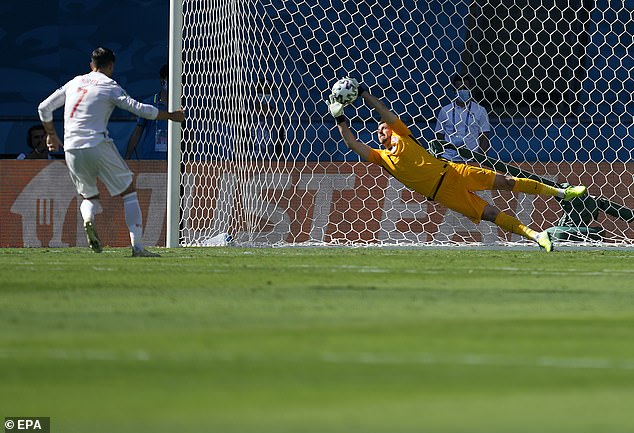 Morata then missed a penalty in the final group game against Slovakia, which Spain won 5-0 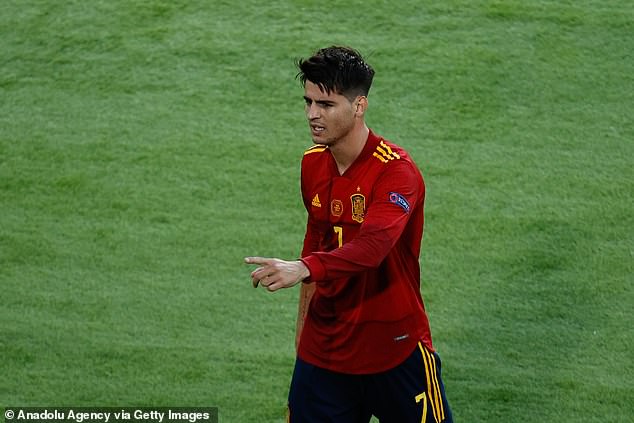 ‘If I have to be aware of people, instead of doing my job, they will only harm me. That is what I wanted to say. It is exaggerated a lot.’

The former Chelsea striker is keen to put the criticism behind him ahead of the knockout stages, as Spain take on Croatia in the round-of 16 on Monday.

‘I’m fine, maybe a few years ago I would have been screwed. I’ve spent a couple of weeks isolated from everything. I’m super happy and super motivated with reaching the last-16.

‘We talked in training how football has changed, in the last Euros we started better and we arrived in the last-16 in another way. It’s football and I’m happy, whoever doesn’t believe it, doesn’t know me.’