By Ollie Lewis For Mailonline

Manny Pacquiao has admitted that his upcoming fight with Yordenis Ugas could be his last as the boxing legend teases retirement having enjoyed an illustrious career in the sport.

Pacquiao, 42, returns to action after a two-year absence to face Ugas at the T-Mobile Arena in Las Vegas on Saturday night, with the Cuban stepping in on short notice to replace Errol Spence Jr, who pulled out with a torn retina.

The Filipino has juggled his boxing bouts with his burgeoning political career in recent years, with many expecting the superstar to make a run for presidency in the future.

And Pacquiao has urged fans to watch his clash with Ugas this weekend, as it could be the last time he sets foot in the ring.

‘I’m doing my best in training, pushing my body hard, so that I’m ready to fight for the title on Saturday,’ Pacquiao told ES News via South China Morning Post.

‘Never underestimate your opponent because he can punch also. Always keep in 100 per cent condition mentally, physically and spiritually.

‘I hope you’re going to watch this fight, don’t miss it,’ Pacquiao added. ‘It’s going to be a good fight – it might be my last fight, or more, we don’t know. God knows. Thank you so much for all your support.’ 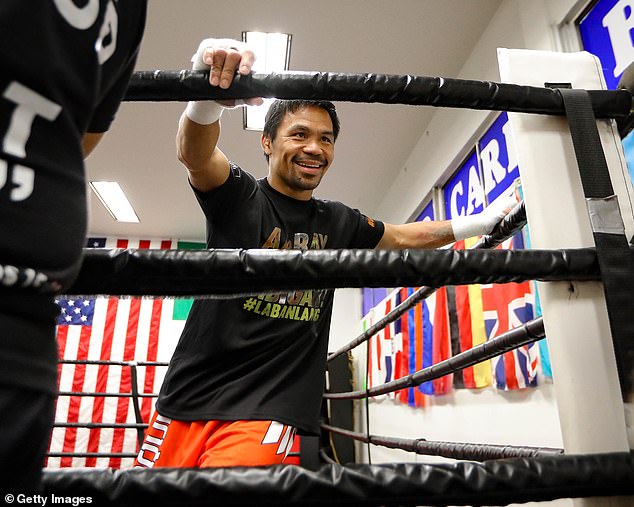 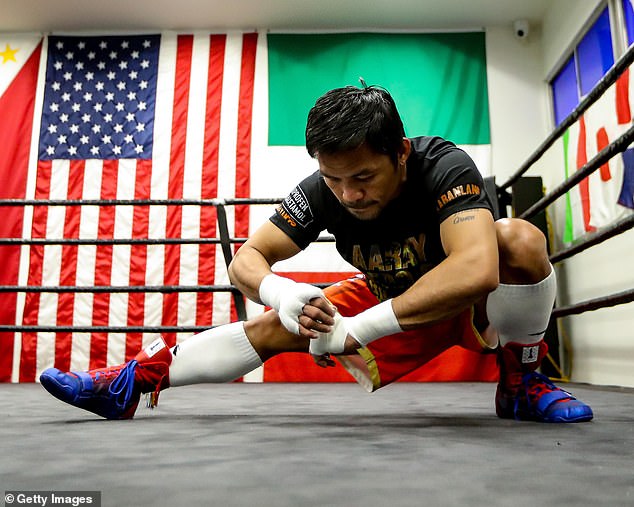 However, Pacquiao’s manager, Sean Gibbons, immediately poured cold water on talk of retirement, revealing that the Filipino will look to get back in the ring before the end of the year.

‘The good thing is, it’s not over,’ Gibbons told Power and Play via South China Morning Post. ‘You don’t look past the fight, but it’s definitely not over.

‘This fight ends, this fight is over, he wins, he’s looking to get right back in that ring, October, November, before he has to move on to the next phase of his career.’

Eight-weight world champion Pacquiao had earlier revealed that he was close to agreeing terms to fight Amir Khan in Britain, and that he is still eyeing a UK fight before he calls it quits. 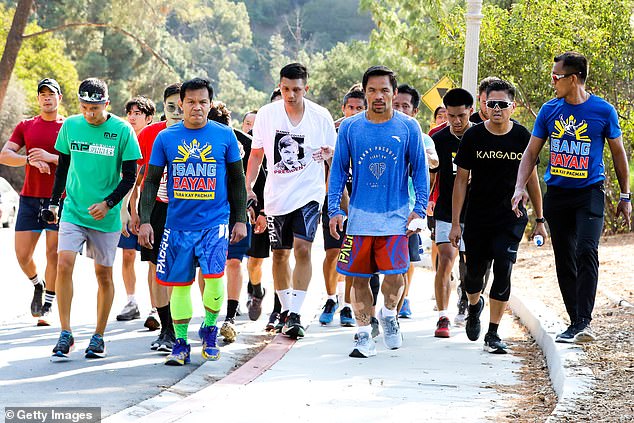 However, the 42-year-old’s manager says he will fight again before the end of the year